Brazilian melon has half the carbon footprint of those produced abroad

Brazilian melon has half the carbon footprint of those produced abroad 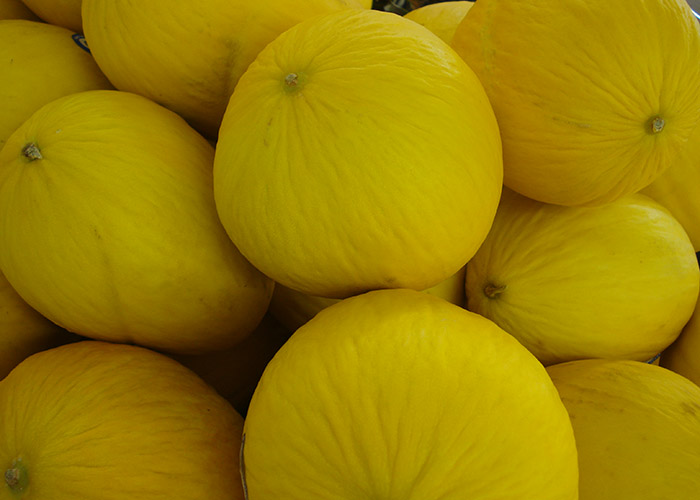 The canary melons that leave the Jaguaribe-Açu region - the main Brazilian region producing the fruit - emit half the amount of greenhouse gases that Italian melons cultivated in the region of Sicily, Italy, release into the atmosphere. Other important world producers present similar or even higher emissions than the ones recorded in Southern Italy. Check the comparison in the picture below:

The data were calculated during a comprehensive study of the crop's environmental efficiency, held within melon-producing farms at the Jaguaribe-Açu region, by the Repensa Melão network- a consortium of research institutions and representatives of the melon production sector. The data are available online in a digital publication. 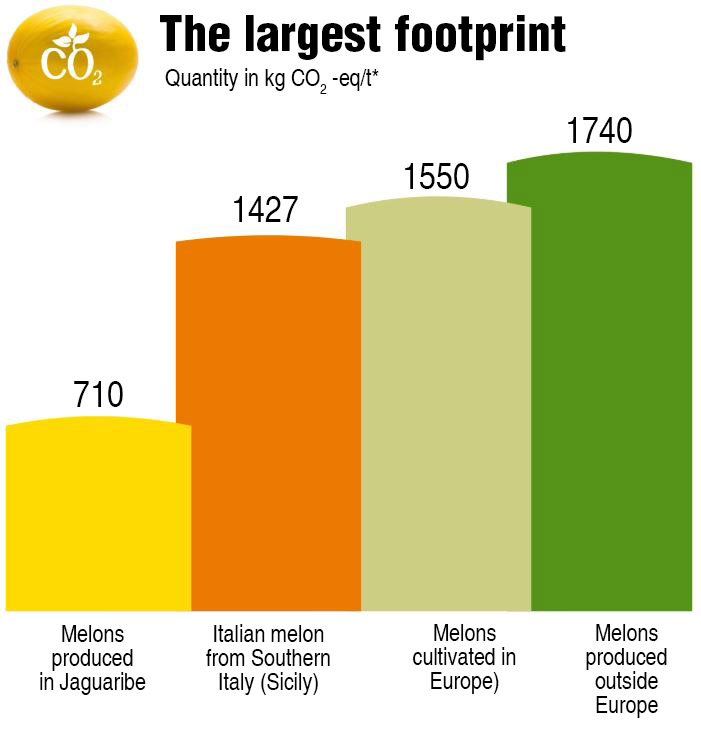 “It is a study that the sector should have as a reference. Based on the data, each exporter can calculate their own efficiency and work towards improving it”, stresses Clea Figueiredo. The researchers believe that the impact can be formidable, especially after the reestablishment of the normal rainfall regimen in the region, which has faced successive years of dry spells. The Jaguaribe-Açu rural area is responsible for around three-quarters of the harvested area, more than 80% of the production and the near total of Brazilian exports of the fruit.

The researchers not only assessed the environmental efficiency of the traditional production model, but they also sought alternatives to reduce the carbon footprint and increase revenue. For this purpose, several alternative cultivation models were compared with the traditional system. The surprise was that the system that is most environmentally efficient in carbon sequestration was also found to be the most economically lucrative.

The environmental and economic champion system was the crop rotation with maize and Brachiaria, incorporating organic matter into the soil, and cultivating melon with the use of polyethylene film (mulching). The production model tested in the Jaguaribe-Açu region presented a positive variation in the carbon stock, considering the soil profile studied (0-40 cm) and the period monitored.

The economic assessment showed that this crop system offers more than a 100% increase in yield when compared with the traditional system, in a scenario considered favorable (regular rains ensuring water for irrigation and interrupted cycle of the main pests). In this scenario, the maize and Brachiaria rotation system presents a yield of 117.90% while the traditional one, 59.69%. 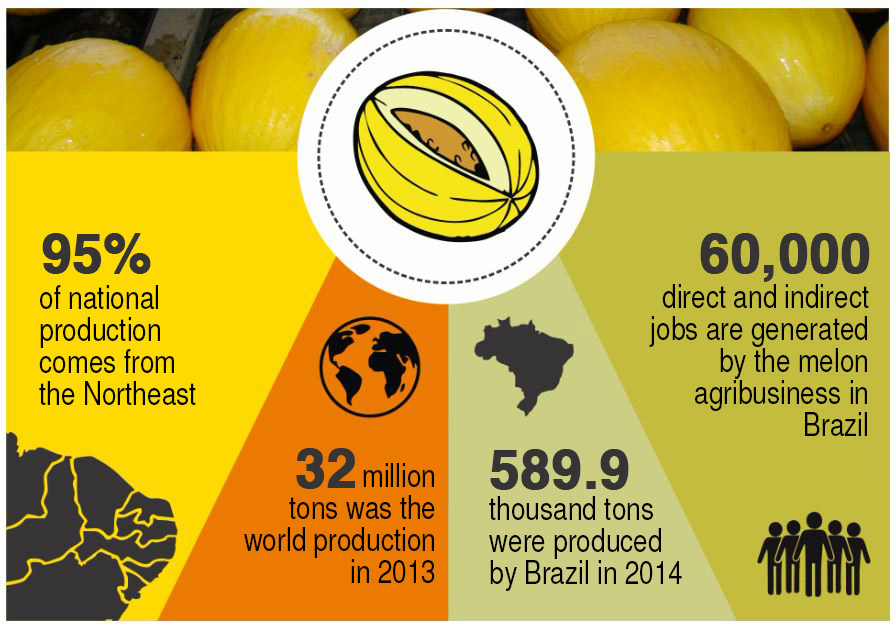 The second good news for growers is that the implementation of this production alternative does not require great expenses. The additional investment is of 6%. The study used return on investment (ROI) as an indicator of yield and considered favorable and adverse scenarios. It also assessed risk in more profitable systems.

The Embrapa researcher Pedro Felizardo Adeodato de Paula Pessoa, one of those responsible for the economic feasibility assessesment of the systems, explains that any profitability that is higher than 20% is considered attractive. “In order to mitigate the risks involved, it must be higher than two or three times the profitability offered by the more conservative and low risk investment alternatives”, he clarifies.

Any farmer or researcher can access the results, gathered in the book “Produção de melão e mudanças climáticas – Sistemas conservacionistas de cultivo para redução das pegadas de carbono e hídrica” (Melon Production and Climate Change: Conservationist cultivation systems to reduce carbon and water footprints), which is freely available for download. The publication was edited by Embrapa and partners with support from the Coordination for the Improvement of Higher Education Personnel (Capes) and National Council of Scientific and Technological Development (CNPq).

Besides Embrapa, study participants include the Federal Rural University of the Semiarid (Ufersa), the Rio Grande do Norte Agricultural Research Corporation (Emparn) and the Pernambuco Agronomic Institute (IPA). The research on water scarcity and carbon footprint is also being conducted with growers in the Lower Middle São Francisco river region, in partnership with Embrapa Semi-Arid Region, with melons and mangoes. 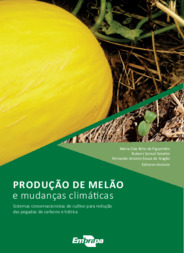