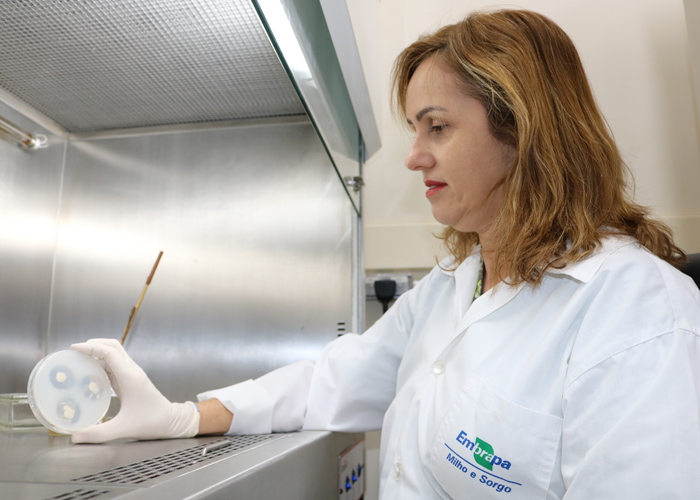 A public-private partnership between Embrapa and the company Bioma is the first to offer an inoculant fully developed from Brazilian technology for the domestic market. The product named BiomaPhos combines sustainability and productivity because it is biological - produced from two bacteria identified by Embrapa, one in the soil and the other in maize - and capable of increasing plant absorption of phosphorus, which can change the scenario of high Brazilian dependence on the international fertilizer market.

That has prompted Embrapa to research, with the detection of the bacteria that are able to solubilize or to make phosphorus available. This mineral is indispensable for plant growth and production, since it interferes in the processes of photosynthesis, respiration, and energy storage and transfer. Once this stage was concluded, the company Bioma established the large-scale production indicators and the product formulation that allowed for better survival of the inoculant on the shelves and in field conditions.

“Strains of the Bacillus subtilis (CNPMS B2084) and Bacillus megaterium (CNPMS B119) bacteria are able to have a higher amount of phosphorus be absorbed by the roots, receiving in exchange compounds that are fundamental for bacterial growth, like carbon sources, especially sugars and organic acids”, explains Christiane Paiva, a researcher in the area of Soil Microbiology at Embrapa Maize and Sorghum, responsible for the research that culminated with the launch of the commercial product.

Results of experiments with maize crops conducted in different Brazilian regions show average grain yield increases of about 10%, which can correspond to an average gain of up to ten bags per hectare. “These experiments assessed inoculation combined with reduced triple superphosphate fertilization, which can reduce farmers' expenses with synthetic fertilizers”, the researcher Christiane Paiva underscores. Another differential of the use of the inoculant is a significant reduction in the indicator of CO2 emission into the atmosphere. “Hence the results show that it is possible to use a clean, low-cost  technology in maize crops, contributing to sustainability in agriculture, without losses for the environment”, she stresses.

Christiane Paiva underscores the inoculant's technical details, which is unprecendeted in the Brazilian market, and it was developed from tropical microorganisms.

The inoculants produced with such microorganisms present lower cost, do not cause environmental damages and can be used to supplement fertilizers. “Moreover, the addition of inoculants into the soil can speed up nutrient cycling, increase the release of phosphorus present in organic matter and biologically enrich the soil. Moreover, these inoculants supply the plants with other growth promotion mechanisms”, Paiva adds. Studies led by Embrapa reveal that there is a billionaire supply of phosphorus in the soil, that is inert and cannot be used by plants.

The head of R&D of Embrapa Maize and Sorghum, Sidney Parentoni, highlights that the inoculant is an innovation available for farmers in the Brazilian market.

“In some no-till farming soils, about 88% of the phosphorus is found to be in an organic form, unavailable to be absorbed by the roots, and needs to be mineralized for this purpose. The phosphate-solubilizing bacteria can make the element available for the plant, and agronomically work on such large supply present in nature”, the researcher interprets. “In the case of maize, because it is a short-cycle plant and highly demanding in terms of nutrients, the use of the inoculant complementarily to fertilization has been gaining momentum. There are concretely higher production and productivity gains with the use of the product”, he reinforces.

Another advantage is the stability of the inoculant because of the capacity to form spores of the selected bacteria, allowing adaptation to extreme conditions such as temperatures, pH or exposure to pesticides.

In Brazil, the use of inoculants to supply plants' phosphorus demand is incipient. “However, countries like Argentina, Canada, South Africa, India, Australia, Phillipines and the United States have invested in a line of bioproducts aiming at reducing the indiscriminate use of phosphate fertilizers, and also to increase the offer of products that efficiently increase plant tolerance to such stresses”, the researcher highlights.

As for the acquisition of another fundamental element - nitrogen - rhizobium- and and Azospirillum-based inoculants have dominated the biological input market both for grains and for pulses, with significant reduction of the use of nitrogen fertilization, especially in the successful case of soybean crops, according to Paiva. 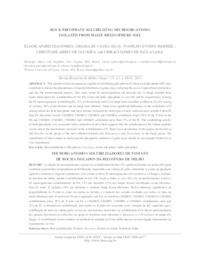 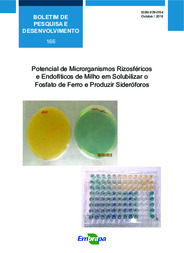 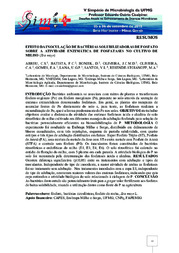