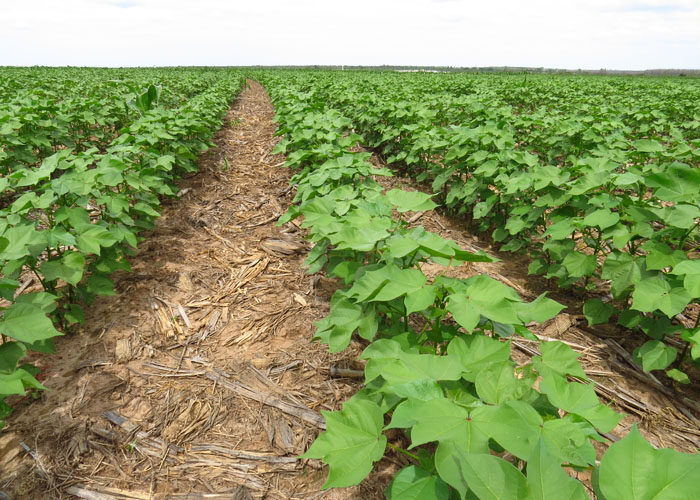 After nearly a decade, the no-till farming system increased carbon content in 55% in the first five centimeters of soil depth, and the carbon stock in 20% in the layer that is 40 cm deep. “This rate of soil carbon increase is almost five times higher than the world target proposed by the the initiative '4 per 1000', introducted during the 21st Conference of the Parties to the United Nations Framework Convention on Climate Change (COP21). This shows the potential of cotton in no-till farming systems to contribute to the commitments Brazil pledged alongside several other countries towards reducing global warming”, assesses the Embrapa researcher Alexandre Cunha de Barcellos Ferreira, who coordinated the study.

The conservationist soil preparation system also resulted in the accumulation of nitrogen and in productivity gains in the cotton fiber yield. The soil nitrogen content in no-till farming systems, in the first five centimeters of soil depth, was 50% higher than the contents found in the other systems. The productivity recorded was about 10% higher and there is potential to increase it by up to 30%.

According to Ferreira, the research results should be an incentive to broaden cotton growers' adoption of the practice, contributing to global warming mitigation. “Besides increasing cotton yield and adding more carbon to the soil, the no-till farming system grants more productive resilience and subsidies to maintain or expand world trade for a society that is increasingly more demanding in terms of sustainable production processes”, he argues.

Higher productivity is equivalent to a new harvest

The research was led in dryland conditions in the experimental area of the Goiás Foundation, located in the town of Santa Helena de Goiás. In the last seven years of the study, after the consolidation of the crop cultivation and soil management system, the total fiber yield was of 13,958 kilos per hectare in the no-till farming system, while in the monoculture with conventional soil preparation it was 12,698 kilos per hectare. “In the no-till farming system there was an increment in fiber yield of 1,260 kilos per hectare, which is practically equivalent to a new harvest”, Ferreira observes.

“The higher accumulation of carbon in the surface layer of the soil in the no-till farming system is due to the harvest residue and the abundant root system radicular of the pasture-forming grasses. The cultivation of Urochloa ruziziensis as a second crop, as a cover plant for mulch and direct sowing, protects the soil and improves its chemical, physical and biological characteristics”, asserts the Embrapa researcher.

In the parcel with no-till farming, the carbon content found in the more superficial soil layer (zero to five centimeters deep) was about 55% above of the one found in the parcels with conventional soil preparation. In the deeper layers (up to 30 cm deep), there was no significant change.

Ferreira reports that, in conventional soil preparation, the organic matter from the crop remains from each production system they studied was incorporated into the soil, until approximately 20 cm of depth, through plowing and harrowing. “Such processes favor the decomposition of organic matter, especially of less stable organic compounds. With this, conventional treatments, regardless of soybean-cotton or soybean-maize-cotton crop rotation, were not enough to increase the carbon content in the most superficial layer”, he explains.

In the layers between 11 cm and 30 cm into the ground, there was no difference among the parcels due to the influence of the crop roots, which are found at such depth. However, in the layers between 31 cm and 40 cm deep, the soil with no-till farming system had higher carbon content than the one with conventional preparation. “This is most likely due to Urochloa ruziziensis roots' high capacity to grow longer depths”, asserts the scientist.

The study also revealed that there was a loss of organic matter in the parcels with conventional soil preparation in the course of the nine years of study. “We measured soil organic matter before the work started, in 2005, and at the end, in 2014, and verified that it was cut by 7% in the layer from zero toe 20 cm deep”, Ferreira recalls.

Throughout the nine years of research, 996 kilos of mineral nitrogen per hectare were added to the cotton monoculture system, while the no-till farming system added 649 kilos per hectare. “Despite having received 347 kilos less mineral nitrogen per hectare, more nitrogen was maintained in the soil under the no-till farming system, being equivalent to 320 kilos per hectare. This accumulation of nitrogen can be attributed not only to not turning the soil, but also to Urochloa ruziziensis' potential for nutrient cycling”, observes the researcher, highlighting that inserting soybeans in the crop rotation was not efficient in increasing the nitrogen content in the soil with conventional preparation.

“The production systems that were based on conventional soil preparation with ploughs and grids, with or without cotton, soybeans and maize rotation, did not positively influence the carbon balance, and were not enough to improve the carbon stock. Meanwhile, in the no-till farming system, the stock increased 20% after nine years”, Ferreira concludes. 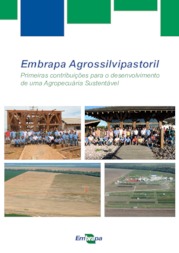