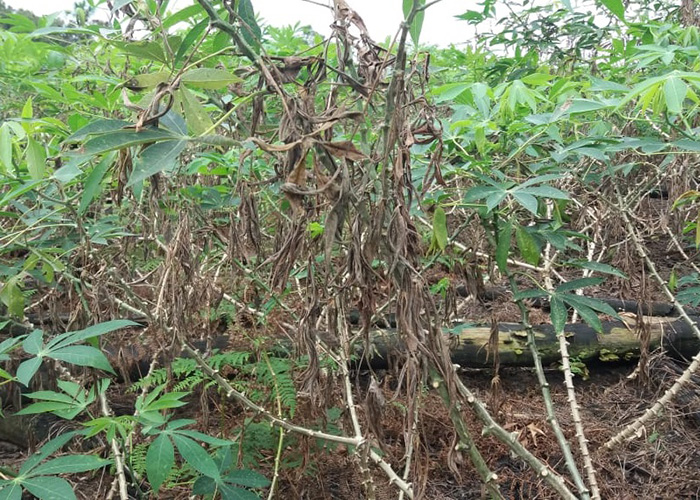 Molecular and biological analyses have identified the fungus Rhizoctonia solani AG-1 IA and confirmed the first official record of cassava leaf blight in the world. Observed in the Mâncio Lima town limits, located in the Juruá region, the largest cassava producing region of Acre state, the disease attacks the aerial part of the plant and causes production losses. Published in the journal Australasian Plant Disease, the discovery can contribute to research for the breeding and genetic improvement of the crop and for the recommendation of efficient disease control measures.

“In field expeditions we verified that about 10% of the plants in the plots presented burning characteristics in their foliage. From samples of infected materials, collected in different cultivations, we conducted pathogenicity tests to characterize and reproduce the symptoms of the disease in the laboratory. Based on the isolated material, molecular and biological analyses were made to identify the fungus (pathogen). The results allowed them to conclude that this disease had never been reported in cassava crops in any country”, underscores the Embrapa Acre researcher Amauri Siviero, who coordinated the studies.

Research has shown that the Rhizoctonia genus has a diversity of fungus species that inhabit the soil and attack different crops of economic importance. In Brazil, Rhizoctonia solani AG-1 IA occurs in beans, coffee, rice, potato, soybeans, maize and rubber trees, among others, always associated with the burning and rottening of given plant parts (roots, leaves and seeds). It is mainly disseminated by the wind.

Observations in field and lab environments have revealed that in cassava crops, the pathogen develops in the shape of strands that ramify into webs in the plant canopy. “Cassava leaf blight causes the necrosis of branches and leaves, which become dark, dry and acquire a burnt aspect, as if a flame thrower had gone through the crop. The symptoms of the disease quickly evolve, and injured leaves fall from the stem and stay hanging by a white thread, which is the fungus' own body”, Siviero explains. 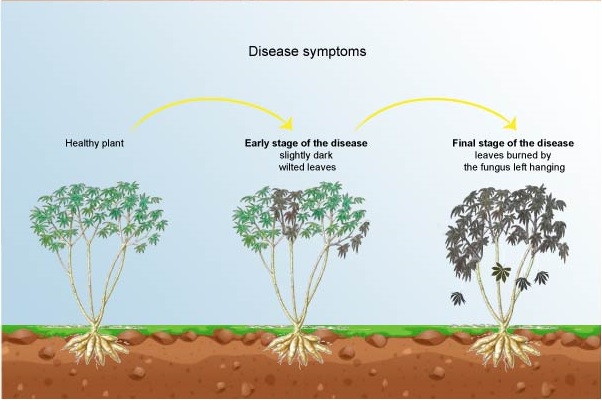 According to the researcher, the proximity of affected cassava plantations to native forest areas can have contributed to the spread of the disease in the crop. “Due to prevalence of outbreaks next to forest areas, we believe that the fungus may have migrated from host plants from the woods to the farms. Another hypothesis is that the pathogen underwent a specialization process as a natural evolution process to adapt to new hosts”, analyzes the scientist.

For the genetic characterization of the disease-causing fungus, description and gene sequencing studies were carried out using the DNA barcode-based molecular identification system. According to Regina Sartori, a technician from Mapa's Federal Laboratory of Agricultural Defense, which was responsible for the analyses, this tool works as a universal “bioidentifier” of living beings and it provides reliable results in the description of species, with the application of a small DNA sequence. “After comparing the sequences obtained with genomes of fungal species in the database, the genetic similarity with the Rhizoctonia solani species (teleomorph: Thanatephorus cucumeris) was 99.68%, evidence which confirmed the diagnosis of the pathogen”, the specialist highlights.

Such results were the foundation for the biological analyses comparing Rhizoctonia solani with the collection of fungi isolated by Embrapa Environment, for the morphological characterization of the microorganism (exploring aspects such as structure, number of cell nuclei and forms of development), and the paired tests to confirm their genetic group.

For the precise diagnosis of the causal agent of cassava leaf blight, the scientists also studied the evolutionary relations between the identified fungus and other species. “From the gene sequences of a specific region of the extracted DNA called ITS, we were able to build a phylogenetic tree. Through the maximum likelihood method, we assessed the similarities between the pathogen and the series of common ancestors or ancestors that conserve some level of kinship. The phylogenetic analyses helped to confirm the similarity with AG-1 IA accessions”, explains the researcher Bernardo Vieira. 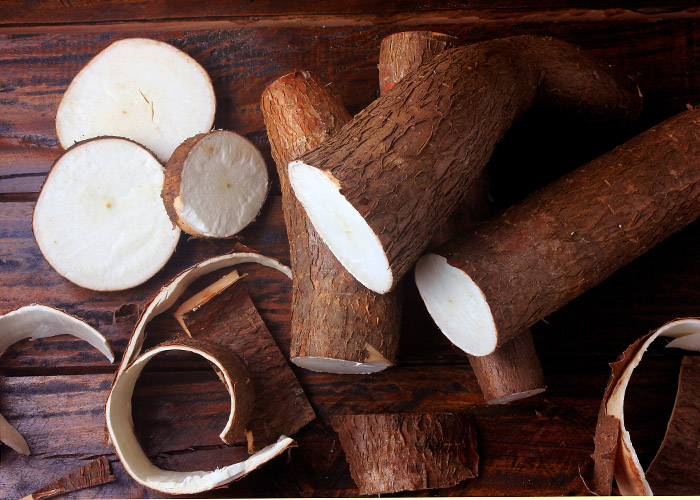 Cassava is a global food

Chosen by the United Nations Organization (UN) as the food of the 21st century,  cassava is cultivated in over 100 countries, including Nigeria, Thailand and Indonesia, world leaders in production, and is used as food for more than 700 million people in the planet. Either consumed fresh or transformed into flour, the root is also a raw material for different sectors such as the paper and cellulose, baked goods, pharmaceutical, cosmetics, fertilizers and food industries, with a focus on the elaboration of gluten-free, lactiose-free and functional products, among other applications.

In Acre, a state that takes the seventh place in the Brazilian ranking, with 874,000 tons produced in 2017, cassava is the most cultivated crop. In addition to generating work and income for around 20,000 rural families, it contributes to the food security of rural and urban populations, which consume the root as fresh food, as a flour and other by-products like tapioca or starch.

In light of the economic and social importance of the cassava for the country, especially in family farming, the occurrence of a new disease in the crop requires continuous research efforts to prevent crop and financial losses for farmers. Siviero stresses that since it is a recent discovery, knowledge and awareness about cassava leaf blight are still scarce and the impacts of the disease in production, unknown. “We have observed that the fungus is aggressive and more frequently attacks adult plants. The leaf damage reduces the plant's capacity for photosynthesis, compromising the development of the roots, which start to lose starch (sugars) due to the plant's effort to grow new foliage. In addition to identifying the pathogen, it is necessary to offer alternative technologies to contain the disease”, he asserts.

In preliminary tests for the control of leaf blight in Juruá's cassava plantations, the researchers tested copper-based fungicides, recommended by research for use in other crops that are susceptible to such fungus attacks. The farmers were advised to spray the croplands with a Bordeaux mixture to protect the healthy plants and to eliminate sick plants through incineration. “Even though it was possible to control the disease at this experimental stage, we need to advance in the studies to prove the efficiency of these products in cassava crops”, Siviero emphasizes.

The inclusion of the Rhizoctonia solani fungus in the official list of cassava pathogens in the country, a procedure under Mapa's responsibility, will allow the adoption of prevention measures by plant health defense agencies and inform studies for the development of efficient control methods.

Embrapa Acre already counts on a collection of high-productivity genetic materials, chosen thorugh previous research, which could be tested in the field to identify the level of resistance to this fungus. The researchers hope that this work will result in cassava cultivars that are resistant to the disease. 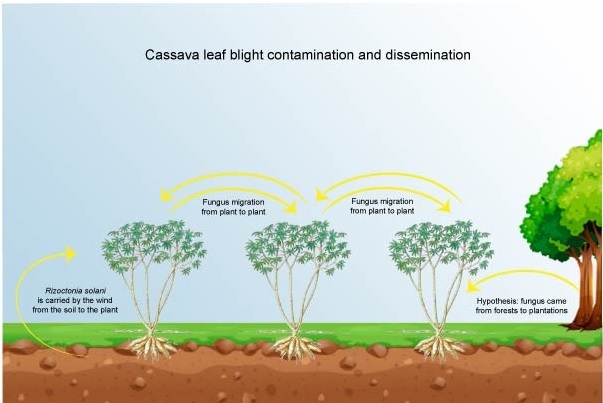 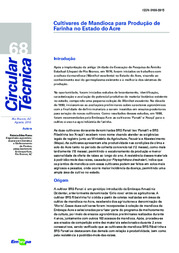 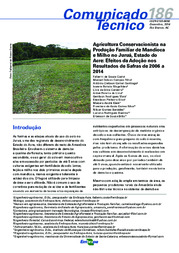