Nanotechnology product gradually releases water and nutrients into the crop

Nanotechnology product gradually releases water and nutrients into the crop 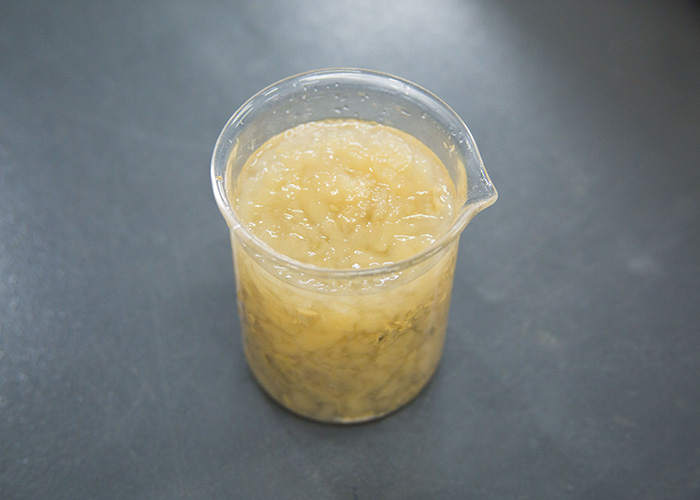 Researchers developed a new modified hydrogel-based fertilizer that can bring together water and nutrients and gradually release them. It rationalizes the use of nutrients, which are gradually made available to plants, action obtained through nanotechnology. In this way, the product reduces the losses generated by carriage, which cause environmental and financial impacts. In addition, technology is a way of increasing irrigation intervals, as water is also gradually released by the product, promoting more efficient water management and reducing costs.

Another advantage for the farmer is that the cost of production is about 50% lower compared to conventional products that, on average, cost around US$ 11.00 per kilo, are exclusive for water retention and do not make controlled release of nutrients.

Named Fertgel, the product can be applied to annual and seasonal crops of small or large crops, with their own formulations for each one. Soil application may be in powder or gel form. The proposal is also to serve large production chains, such as soybeans, corn and oranges, among others. Preliminary trials have shown the potential for sustainable and economically competitive large-scale production.

The development carried out at Embrapa Instrumentation's National Laboratory of Nanotechnology for Agribusiness (LNNA) generated a spin off, the company Fertgel.

To develop the solution, the researchers used nanotechnology to add modifiers to the material. With the incorporation of a clay mineral, it was possible to increase the capacity of storing water, loading the nutrients and gradually releasing them. Modifiers contained in the formula are responsible for the controlled release and the reduction of the production cost. “The differentiated formulation of the hydrogel opens a new frontier in the fertilizer market,” says Embrapa Instrumentation’s deputy head of Research and Development, José Manoel Marconcini.

The current research stage of scaling up the synthesis of the material is supported by the Innovative Research in Small Enterprises (Pipe), a program by the São Paulo State Research Support Foundation (Fapesp), through the project “Production of hydrogels for agricultural applications”, coordinated by Fertgel's owner, chemist Adriel Bortolin.

At this stage, we intend to evaluate the quality of the material synthesized in different quantities in a pilot project in an industrial plant. Bortolin said he also wants to identify potential domestic and international suppliers of raw materials for the production of nanocomposite hydrogels.

Product retains a thousand times its weight in water

“Currently hydrogel use in agriculture is only related to water supply during drought periods, with the purpose of increasing the irrigation interval. Therefore, the hydrogel is expected to have a high degree of swelling, which is the ability of the material to absorb water, ”says Bortolin.

In preliminary trials, the hydrogel made with the alternative production technique has been shown to absorb up to a thousand times its weight in water. According to him, conventional hydrogels are capable of swelling between 200 and 400 times their own weight in water. “Basically, they are copolymeric formulations that make the hydrogel lose stored water to the soil very quickly and have a low interaction with nutrients,” he explains.

Versatility for different sizes of crops

According to the researcher, with the new hydrolysis treatment methodology it was possible to obtain two different granulometries of hydrogels. “These materials can be applied in different agricultural sectors: seedling, substrate additive, and vegetable production, as well as the large-scale production of citrus, eucalyptus and sugarcane, for example,” he reveals.

After defining the synthesis steps, the project intends to calculate the production cost of the final material, considering the drying and milling processes, as well as the costs of imported raw material and trading in Brazil. These calculations will support product feasibility studies.

The formulations that stand out in these characterization stages will be tested in greenhouses. The proposal is to develop hydrogels that incorporate nutrients that are specific to each type of test crop. Field trials will include important production chains for the country, such as corn, coffee, citrus and sugarcane.

“We had to look for a very different way to make the technology available, which involved finding a chemical company, but many without experience in the agricultural area, to start the production process,” says Embrapa researcher Caue Ribeiro.“Our expectation today is that the new company can consolidate itself in the agromarket, with the possibility of exploring in the future other applications of nanocomposite hydrogel, especially in the health care market, where the largest consumption of similar products lies today”, reveals the researcher.

“Release systems should be based on biodegradable materials, easily incorporated into the soil and preferably capable of carrying high amounts of the source of the nutrient of interest, in order to minimize costs,” argues Marconcini

But Bortolin warns that nutrient-laden hydrogels do not completely replace conventional fertilization. “There are indications that the use of charged hydrogel, along with fertilization, optimizes the action of macro and micronutrients, which may result in profit for the producer,” he explains. 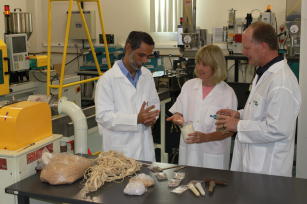