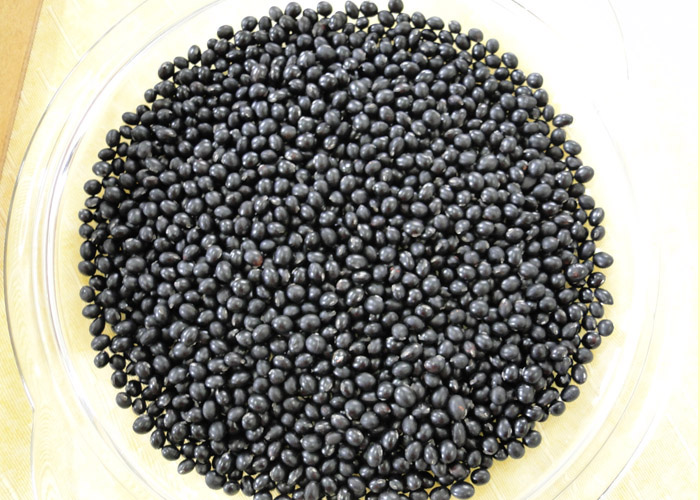 With pleasant flavor, the legume can replace black beans in a feijoada-style dish

The 2019/2020 crop year will introduce seeds of BRSMG 715A, a black-colored soybean variety developed by Embrapa, in partnership with the Minas Gerais Agricultural Research Corporation (Epamig) and Fundação Triângulo. The new legume is rich in antioxidants and has mild flavor. This feature is important because consumer resistance to strong soybean taste has long been a challenge for scientific research (see box below), which has aimed to promote a broader adoption of the plant in human diets.

Scientists believe that the innovative features of the product make new room for soybeans in Brazilians' menu as they have already drawn the attention of people interested in healthier and more nutritious food.

According to Embrapa Soybean researcher Roberto Zito, BRSMG 715A seed production is being initiated this year to meet the expectation of an initial cultivation in 50 hectares. “It is very gratifying to see a cultivar serve a niche market, both for its production potential and for its nutritional qualities," he underscores.

The new soybean will be a highlight of the technology business rounds at Workshop Nichos de Mercado. During the event, it will be available for tasting.

Easier to cook than ordinary soybeans

BRSMG 715A could nutritionally enrich a feijoada or even completely replace the black beans in this typical Brazilian dish, since it is an excellent source of protein. “The tests we performed showed that black soybeans are more palatable and cook more easily than conventional soybeans. It is also rich in anthocyanins, a natural antioxidant that reduces cell aging”, explains the researcher Ana Cristina Juhász, from Epamig.

According to Juhász, sensory assessments indicated that the flavor of black soybean was considered mild and well accepted to prepare salads, in combination with black beans and even to cook "sojoada", that is, a feijoada made with black soybeans.

“This characteristic is important for homemakers who will cook soybeans”, she highlights. “In addition, the beans do not release the seed hulls (teguments) and do not form foam in a pressure cooker while cooking, traits that industrial cultivars have  and consumers do not appreciate”, she explains.

Black soybean grains contain large amounts of monounsaturated fatty acids, which gives them greater oxidative stability. When comparing the antioxidant capacity of BRSMG 715A, Embrapa found that black soybeans has at least 1.8 times more antioxidant activity than yellow soybeans. This means that the new variety is better able to prevent aging, for example.

The researcher Priscila Bassinello, from Embrapa Rice and Beans, which conducted the sample analyses, believes that the new legume is more beneficial to human health. “We can say that due to their higher antioxidant activity, black soybeans can contribute to improved functioning of organs like the heart, and also protect the body against degenerative diseases  related to damage caused by highly reactive oxygen (arthritis, atherosclerosis, diabetes and cancer)”, the researcher asserts. According to her, such antioxidant compounds (e.g. phenols) have the ability of protecting tissue against free radicals.

Similar productivity and resistance to nematodes

In Brazil, a thousand kilos of seeds will initially be multiplied until there is enough volume to meet market demand. Initially recommended for Minas Gerais state, BRSMG 715A has a productivity that is similar to other conventional cultivars available. "Moreover, it is resistant to major diseases, including soybean-cyst and root-knot nematodes, which are problems for said region," Zito states. 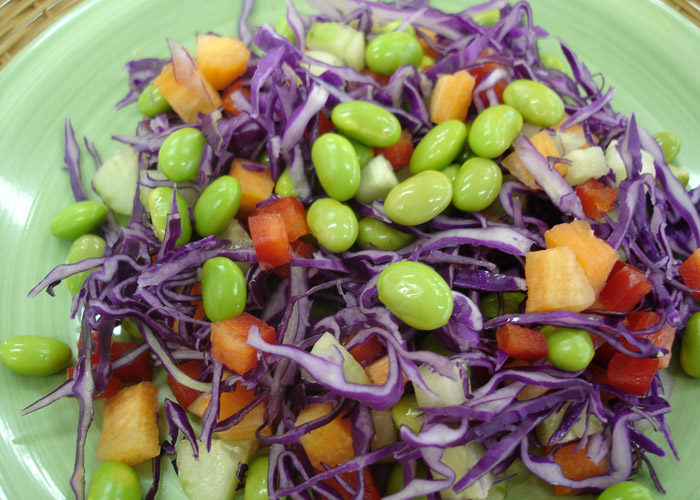 Improving the taste of soybeans for fresh consumption was one of the challenges of research in the 1980s, when Embrapa Soybeans idealised the Soybean in Food Program. Throughout the years, the program assessed and launched soybean cultivars with traits aimed at human consumption; published recipe books and other technical-scientific publications; trained thousands in culinary courses; advised several postgraduate and undergraduate students; and provided technical consultancy to several companies and public institutions.

Embrapa and its partners have launched soybean cultivars with different special traits for human consumption, like BRS 267, BRS 257, BRS 213, BRS 216, BRS 155, BRSMG 790A and BRSMG 800A. For the sake of soybean's acceptability, the researcher Mercedes Carrão Panizzi has introduced milder flavor and absence of the lipoxygenase enzymes, responsible for soybeans' tasting like "raw beans", through breeding and genetic improvement. Obtaining soybean cultivars to be used as vegetables is also another goal of the researcher.

In parallel with breeding, Embrapa Soybeans started education and awareness activities about the culinary use of soybeans and about the nutritional qualities of the legume. According to the Embrapa researcher José Marcos Gontijo Mandarino, the work of promoting soybeans provided guidance on how to improve their flavor through thermal grain treatment to deactivate the lipoxygenases. “That is known as thermal shock, a technique used in common cultivar grains, which contain such enzymes”, he explains.

In the 2000s, the use of soybeans in human diets gained momentum with new research that showed its relationship with health. “The scientific literature has shown that soybeans have phytochemical compounds that provide health benefits. However, it should be noted that the legume does not cure illnesses, like any other functional food, but it rather reduces risks”, the researcher weighs in.

Mandarino informs the Embrapa Soybean laboratory is a reference in Brazil equipment and the use of methodologies for chemical composition analysis of grains and soy-based products, analysis of fatty acids, isoflavones, sugars, trypsin inhibitor, and other compounds . "We have a strong working basic research and extensive involvement with universities and other educational and research institutions for whom we perform analyzes and provide raw material for research projects," explains the scientist. 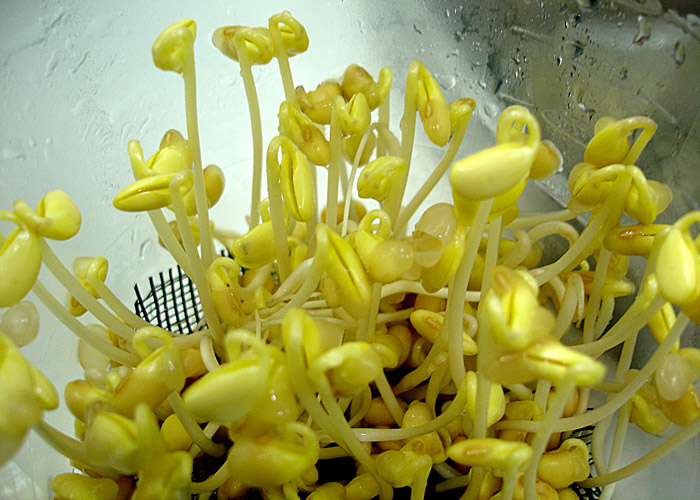 More recent research has focused on the development of green soybean products and soybean sprouts (moyashi). "We evaluated the soybean sprouts production parameters and their acceptability," says the researcher Marcelo Álvares de Oliveira. Furthermore, studies on the process of soybean storage have also been conducted. There is still work in partnership with other institutions to ensure food safety in storage and to stimulate the process of traceability, assess pesticide and mycotoxin traces, and to prevent grain deterioration due to pest attacks.

Sprouts are appreciated in cooking for their pleasant taste and high nutritional value, and soybeans are rich in proteins capable of inproving the diet of Brazilian consumers. The BRS 216 cultivar has traits that are suitable for sprout production as its seeds are small. "The seeds of this variety have yellow integuments and hilum, which are important in food processing to improve the coloring in the end product. It also has high oil content, about 17%, and protein close to 43%" explains Oliveira. 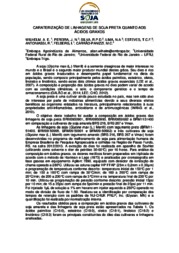 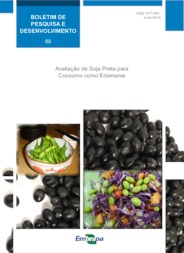