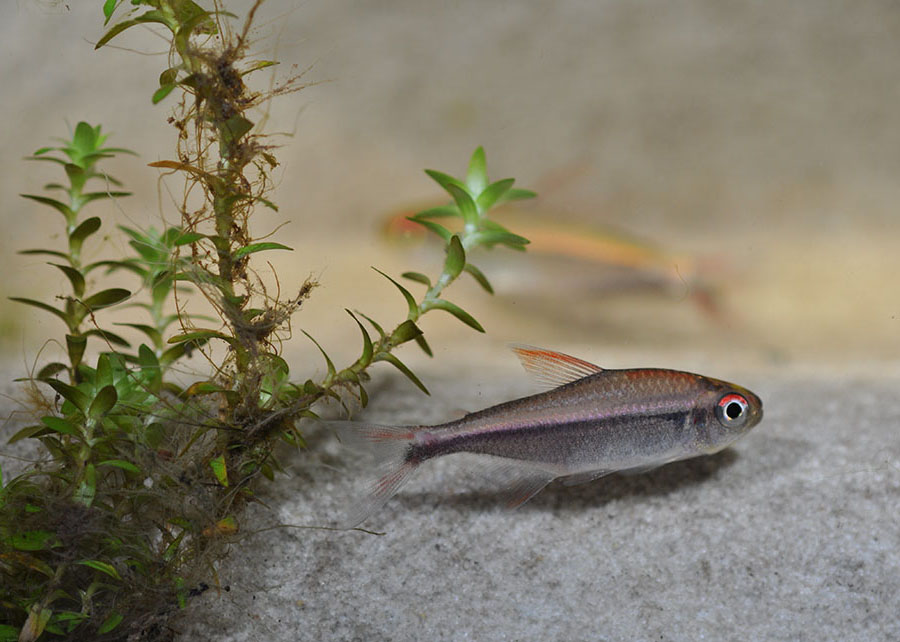 Freshwater biodiversity in the Brazilian Amazon region will remain threatened if conservation strategies only target terrestrial ecosystems. That is a finding from a new study by the Sustainable Amazon Network. The paper shows that conservation initiatives focused on terrestrial species protect only 20% of the biodiversity present in rivers, lakes and streams. It also shows how to optimize the conservation of freshwater species in the region.

The research conducted by scientists from Brazil, Australia, United States, Sweden and the United Kingdom demonstrates that despite their importance for climate regulation and as a source of food and fuel for local populations, aquatic ecosystems tend to be neglected in conservation projects and actions. The study points to strategies to increase the protection of freshwater species through conservation efforts that target terrestrial species, like considering microbasins and hydrographic networks in the region.

Published on Science magazine (Integrated terrestrial-freshwater planning doubles conservation of tropical aquatic species), the work is pioneering as it integrates information on aquatic and terrestrial biodiversity for environmental conservation action in the Amazon. The researcher Cecilia Gontijo Leal, from the University of São Paulo  (USP) and the Federal University of Lavras (UFLA), the study's lead author, asserts that conservation planning generally focuses on the protection of species that live on land. “It is simply assumed that freshwater species will be protected incidentally – that is, by chance, as a result of efforts to conserve land species”, she clarifies..

The researchers assessed over 1,500 terrestrial and freshwater species in 99 natural waterways – narrow river channels known as igarapés in Portuguese – and 377 study points in the Brazilian Amazon region. The main groups of aquatic species included fish, dragonflies and invertebrates in the microbasins located in the areas under analysis. They also examined terrestrial species, including plants, birds and dung beetles.

One of the main results points that conservation initiatives that focus on terrestrial species only protect 20% of freshwater species. “That is, about 80% of the species that live in rivers, streams and ponds are left unprotected. To address the aquatic biodiversity crisis, these species need to be explicitly incorporated into conservation planning”, the scientist remarks.

The scientist Gareth Lennox, from Lancaster University, UK, and study co-author, states that "through integrated planning that incorporates information on both freshwater and land species, we found that protection of freshwater species can be increased by up to 600% with no reduction in land species protection. “This presents a great opportunity for conservation, where protection for one species group does not require either losses of protection for others or significant funding increases”, he explains. 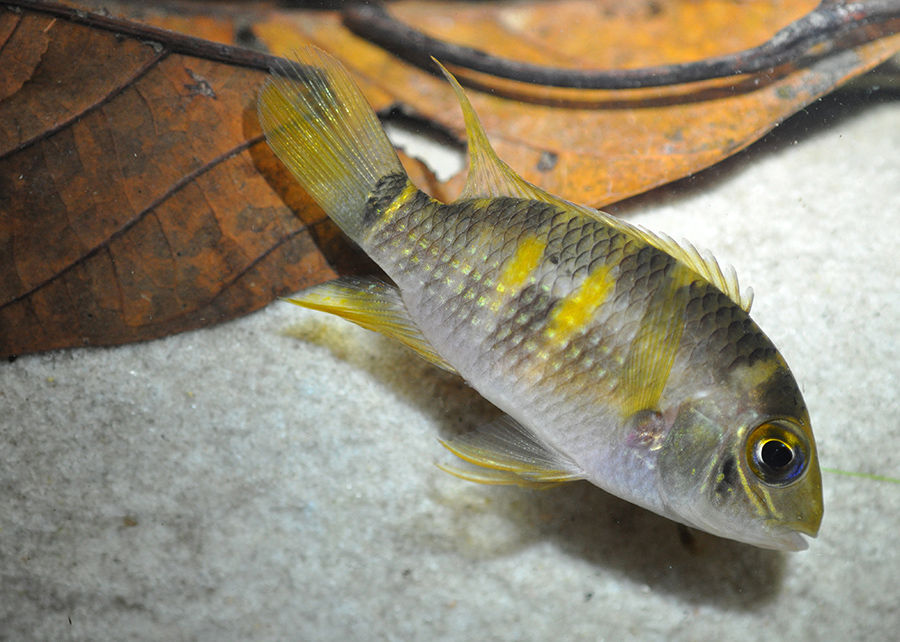 Although they occupy less than one percent of the surface of the Earth, rivers, lakes and streams are home to about a tenth of all known species – including a third of all vertebrates. In the last 50 years, the populations of freshwater vertebrates have disastrously suffered an 83% loss – more than twice the fall of terrestrial and marine vertebrates, which were reduced by about 40% in the same period.

This dramatic decrease in freshwater biodiversity has been caused, according to the experts, by a set of human-driven factors including habitat loss and degradation; over-exploitation and over-fishing; algal blooms; dam building; and the introduction of non-native species.

For the co-author Joice Ferreira, a researcher at Embrapa Easterm Amazon, one of the coordinating institutions of the Sustainable Amazon Network (RAS), new conservation measures are required to provide higher protection to aquatic biodiversity. “There are still many information gaps around freshwater species, especially in hyperdiverse tropical regions. This represents a problem for conservation planning. But our study pinpointed efficient solutions to increase the protection of aquatic ecosystems, which are very important for biodiversity”, she underscores.

The fish species that are known in the Amazon Basin, which involves other countries, are around 2,750. But the researchers in the network believe that this number is underestimated, and could be up to 40% higher. To illustrate, in a single 150m-long stretch of an igarapé – a narrow river canal – the researchers found up to 50 fish species. “This is what is found in an entire country, like Denmark”, exemplifies the researcher. According to Ferreira, most ongoint conservation projects in the region do not consider the wealth of freshwater biodiversity. 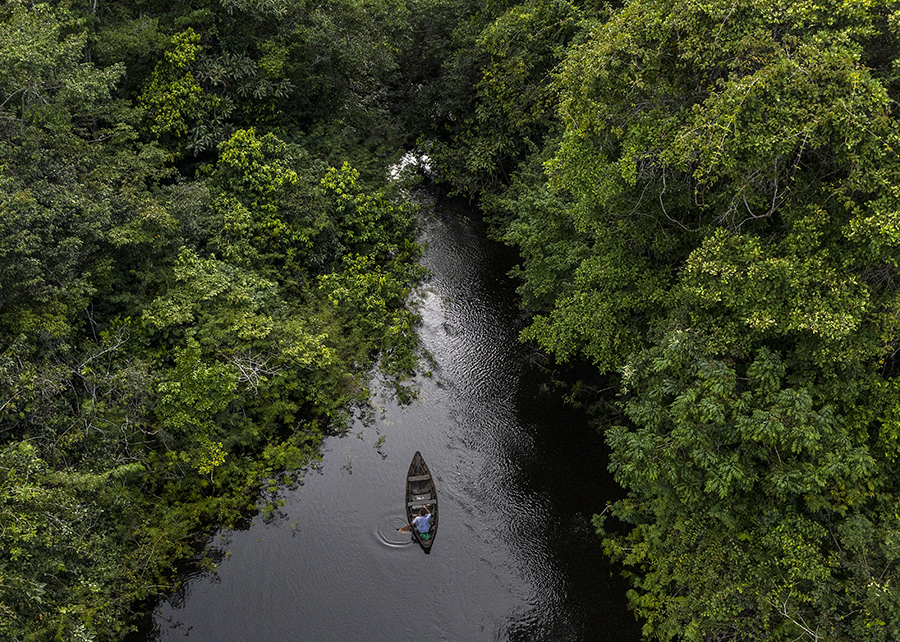 River connectivity helps in the conservation of the species

The third scenario covered by the paper considered hydrographic networks as reference points for the choice of areas for conservation. Upon taking river connectivity into account for the choice of areas, the group discovered that aquatic protection could be doubled even in the absence of data on species distribution.

River connectivity, the specialists report, is an important indicator for the establishment of Conservation Units. That is because freshwater species crucially depend on the links between fluvial systems.

The study findings are important indicators for decision-making in conservation action planning in the Amazon region. The United Nations Sustainable Development Goals include two directly related to the maintenance of life on land and in the water.

For professor Jos Barlow, from Lancaster University, co-author of the paper, although the study did not address specific conservation methods for freshwater or terrestrial species, it can be used as a guide to identify priority areas elsewhere, which will inform the development and deployment of the most suitable conservation methods. “Our findings show that conservation that thinks across ecosystems and habitats can provide substantially improved outcomes compared to more narrowly focused efforts”, he concludes.