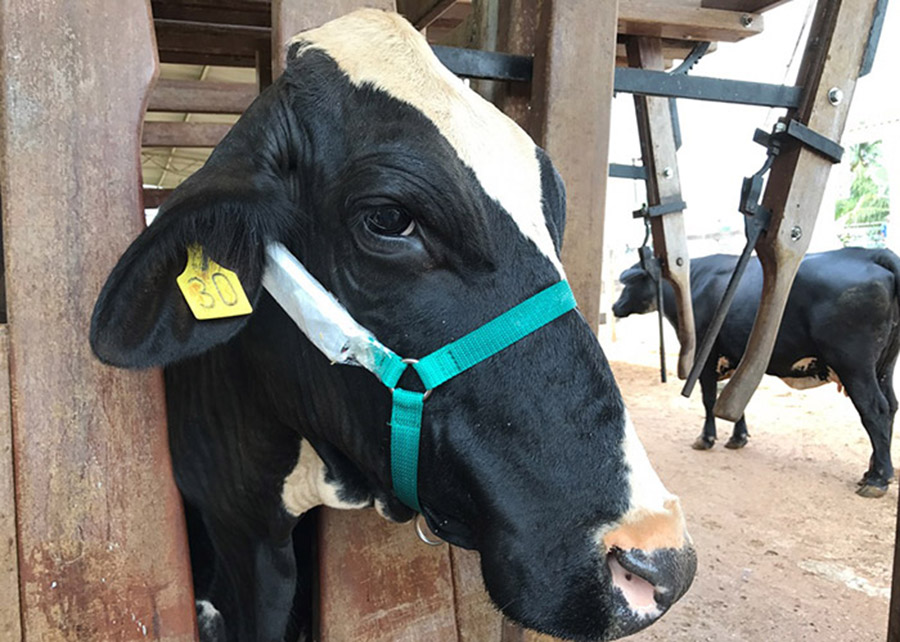 Digital recorders are attached to halters and make accurate, non-invasive measurements of cattle behavior in the pastures

Losses in productivity due to animals being exposed to high temperatures and humidity may not be as silent as they appear. And research by Embrapa Rondônia entailed literally listening to cows, as it used bioacoustics, that is, the sounds emitted by the animals, to measure respiratory rate (RR). The team of scientists validated a new method to assess such parameter of thermal comfort, which uses digital recorders attached to the animals' halters to measure the behavior of grazing cattle in a practical, accurate and non-invasive way.

The work, in partnership with the Federal University of Pelotas (UFPel) and the Federal University of Rondônia (Unir), is supported by open software for the analyses: it allows obtaining acoustic data for a period of up to 48 hours and without human interference. The methodology was validated for the Girolando dairy herd - a cross between the Dutch Friesian and Gyr breeds -, both for heifers and lactating cows.

According to UFPel professor Eduardo Schmitt, this is a methodology that can become a strong ally in the assessment of systems like Integrated Crop-Livestock-Forestry Systems (ICLFS) as it makes it possible to identify the level of comfort to which animals are subjected. By listening to the animals' breathing, it is possible to know if they are spending more energy with heat dissipation mechanisms and, later, correlate this information with performance. "In a practical view, this measure can assist in research that helps to define, for example, how many square meters of shade should be offered so that animals produce more, how that shade should be outlined in the pasture, among other factors," Schmitt states.

The professor explains that when bovines are exposed to high temperatures, they need to activate mechanisms for heat dissipation like increasing blood circulation in the skin, sweat and respiratory rate. All of this represents an energy cost for the animal, which leads to decreased productivity, increased susceptibility to diseases, which can also result in interferences in fertility. “To assess losses and whether we need to interfere to improve the animals' environmental conditions, the assessment of the respiratory rate of cows can say a lot,” Schmitt adds. 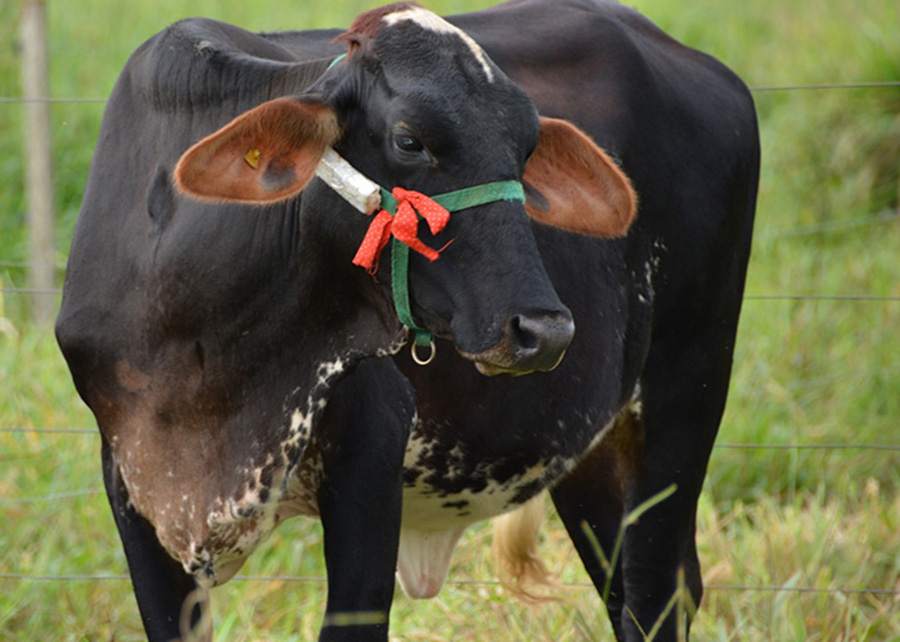 Method brings innovation to the measurement of animal comfort

Respiratory rate has been used for decades as an indicator of heat stress in animals, a factor that directly influences the herd's production and reproduction. But the difficulty has always been to keep monitoring throughout the day, since the traditional (visual) method consists in observing the animals by counting their flank movements. The visual assessment has a few limitations, such as the difficulty in doing it at night or in extensive pasture areas with the presence of obstacles (e.g. trees). There is also the possibility of interference from observers during the assessment period.

Bioacoustics has also been used to characterize cattle behavior, as a measure of grazing time, rumination, rest and water intake. But this is the first time that the methodology has been validated to measure respiratory rate. According to Embrapa Rondônia researcher Ana Karina Salman, it is a valuable tool for researchers who study the effect of heat stress on cattle grazing. “We have successfully validated a new and unprecedented method, in which the respiratory rate is measured from the audio files of animals captured by MP3 recorders, and that is very practical and simple to use. The acoustic method can replace the conventional flank movement count by visual observation ”, says Salman.

The researcher explains that in order to assess the thermal comfort of the animals, it is necessary to simultaneously monitor environmental parameters, such as temperature and relative humidity, and physiological parameters like body temperature and respiratory rate. According to her, there are few studies on bovine physiological response to heat stress and with unreliable results, given the difficulty of continuous visual monitoring throughout the day. Other methods were developed to automatically measure respiratory rate, but they were restricted to animals in stables and with equipment that requires an internet connection, that is, they were not suitable for animals on pasture or in places without internet access.

Another interesting point is that for the Girolando breed, which is responsible for approximately 80% of the milk produced in Brazil, there is still no scientific definition of their thermoneutrality zone, that is, the room temperature range in which the cattle are in thermal comfort. This scenario demonstrates the need for more studies and data so that researchers, technicians and farmers, based on more accurate indicators, can make decisions in their properties about which measures to adopt and how to minimize heat stress in the production system, making it more efficient. 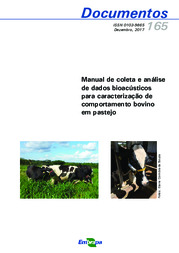