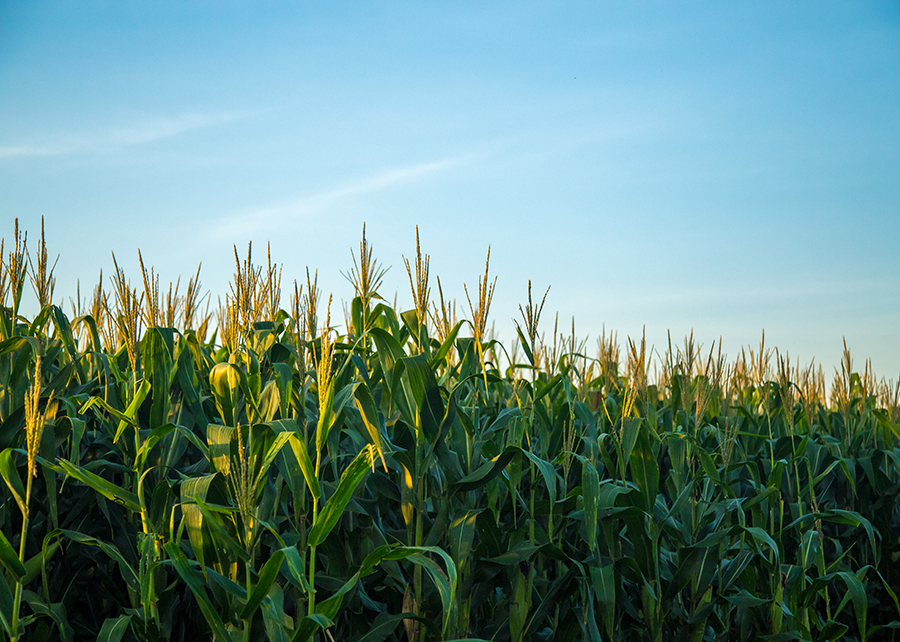 The natural bioinseticide controls corn leafhopper, which causes damage to the crops and losses for farmers

Unprecedented research has developed a natural bioinsecticide that controls corn leafhopper (Dalbulus maidis). The technology uses a method of liquid fermentation of the Metarhizium robertsii fungus that results in yeast-like cells called blastospores. Such cells can be diluted and propagated with water, are tolerant to dehydration, and control leafhopper adults after being sprayed, since they quickly germinate and infect the insect through its cuticles, killing it in a few days. As it is target-specific, it preserves the local fauna and flora. The work was developed by scientists of the University of São Paulo's Luiz de Queiroz College of Agriculture (Esalq-USP), Embrapa Environment and the University of Copenhagen (KU), in Denmark.

The advance paves the way for the commercial development of a bioproduct that can be used in crops. Unlike the chemical insecticides currently used to control the pest, the bioinsecticide would not cause impacts on the environment and on human health.

Moreover, it can be applied on land or by air, as is the case of chemical insecticides, so farmers can use application equipment they already have in their properties.

The methodology to produce pest-biocontrolling fungi is cheap, efficient and produces large amounts of blastospores in only two days. And the use of liquid fermentation offers several advantages, as the Embrapa analyst Gabriel Mascarin explains. “We can also manipulate the nutritional conditions of the fungus culture medium to obtain blastospores that are more tolerant to abiotic stresses like dehydration, ultraviolet radiation and high temperatures”, he informs, underscoring that one of the formulations they developed is a wettable powder, which allows the product to be applied through conventional sprayers. 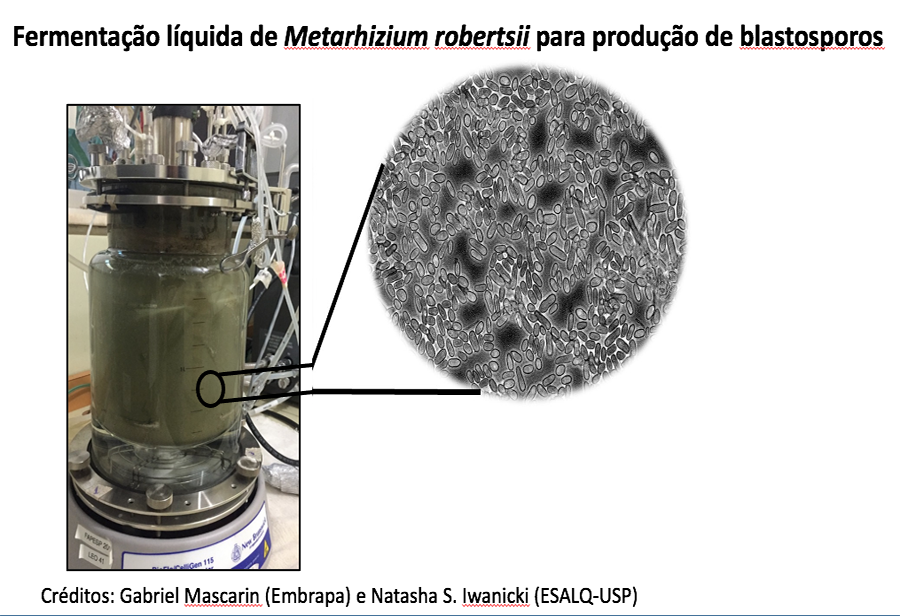 “The nutritional requirements are what the fungus demands to produce a given type of cell or biomass. In this case, we were interested in the production of blastospores that are morphologically similar to yeast cells”, reports the researcher Natasha Iwanicki, author of the thesis that resulted in the bioinsecticide, which was advised by professor Italo Delalibera Júnior. Iwanicki works in the Agricultural pest biocontrol unit of the Brazilian Industrial Research and Innovation Corporation(Embrapii) at Esalq-USP.

Mascarin explains that the research sought an efficient and low-cost process that provided maximum yield, using liquid fermentation to produce pest-biocontrolling fungi. For that purpose, the scientists had to select the best nutritional and environmental conditions for optimized production of high-quality propagules (cells) of such fungi.

The method has already been approved in lab tests and now awaits pilot scale research for validation on an industrial scale. Embrapa and the Embrapii/Esalq unit are looking for partners to perform this finishing stage of the research. 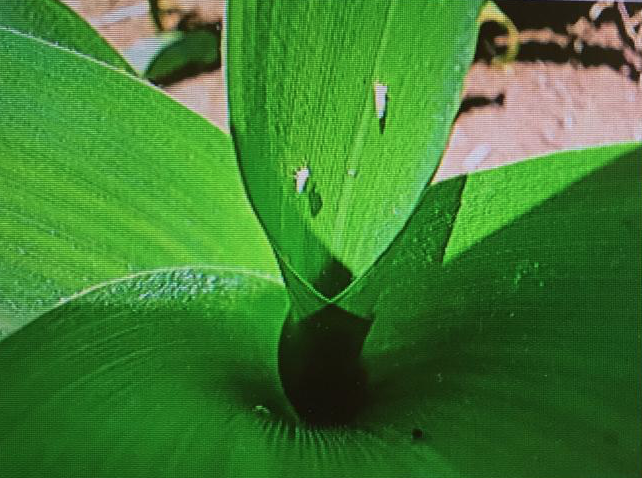 Losses caused by corn leafhopper can be as high as 90%

Corn crops have been suffering in last the two years from severe and constant corn leafhopper attacks. The insect nymphs and adults suck the plant's sap, causing direct damages to the crop, and are also a vector of serious diseases that can lead to the loss of up to 90% of the production. “It is one of the most important corn pests, next to Spodoptera spp. and Helicoverpa armigera caterpillars and a few sap-sucking bugs. The main problem that corn leafhoppers cause to corn crops is the transmission of the virus soon at the early plant development stage, which provokes considerable losses in grain formation”, Mascarin reports.

According to the Embrapa scientist, the exclusive and abusive use of chemical insecticides against this insect is not sustainable, since it can cause environmental and biological imbalances in the production agroecosystem, and reduces effectiveness in view of the selection of resistant populations of corn leafhoppers.

Mascarin explains that the bioinsecticide will have to be used jointly with other practices within an integrated pest management (IPM) program for corn. Such practice comprises several other control measures, including resistant varieties, selective chemical insecticides, natural enemies like parasitoids and predators, use of pheromones, crop treatments and others. The IPM's goal is to prevent the pest from reaching the level of economic damage to corn crops through the integrated or combined use of some control measures that can keep the pest population on a tolerable level and without damages to farmers.

“We'll keep working in this line of research with different species of entomopathogenic fungi and focus on the development of optimized liquid fermentation methods related to the formulation of these blastospores, in order to increase insecticidal activity against this pest and others of economic importance”, Mascarin states.

According to the National Association of Cereal Exporters (Anec), Brazilian corn exports have remained stable at around 82 million tons/year since 2018, a scenario that is likely to be repeated in 2021. According to the Global Group website, it is estimated that in the harvest this year the losses in farms in Santa Catarina state can be as high as 20% due to corn leafhopper attacks.