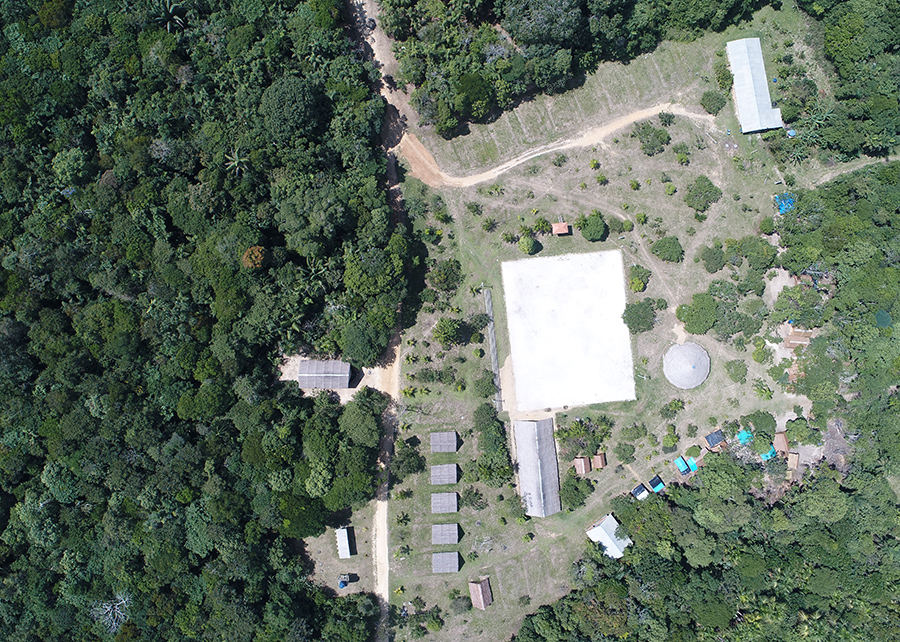 Only 5.8% of the Poyanawa Indigenous Land was altered, being used as agroforestry backyards or with buildings such as houses and sheds, among other uses

Results from research developed in the Poyanawa Indigenous Land show that it is possible to promote environmental services and guarantee carbon credits through the harmonious relationship this people maintains with the forest. The study “Desmatamento Evitado na Terra Indígena Poyanawa, Mâncio Lima, AC, Brasil” [Deforestation Avoided in the Poyanawa Indigenous Land, Mâncio Lima, Acre, Brazil] conducted by researchers from Embrapa Acre (Rio Branco, AC) and Embrapa Amazônia Oriental (Belém, PA) and other institutions, indicates ways to align strategies to take advantage of avoided emissions in this territory protected by the jurisdictional program of the state of Acre.

The analysis of land use evolution in the Poyanawa territory, conducted based on forest biomass reference data and the historical deforestation series from 1988 to 2017, revealed an average deforestation rate of 21.3 hectares/year. In the last five years, however, that average has dropped to 12.8 hectares, demonstrating a reduction in the use of primary forests due to changes in land use practices in villages.

Homologated in 2001, the Poyanawa Indigenous Land has an area of 24,499 hectares and only 5.8% of that territory has been altered. That percentage corresponds to 1,422 hectares, which are used for small pastures, vegetable patches, thickets, agroforestry yards, houses, schools, churches, sheds, cultural arena, among other uses

According to the research, the Poyanawa people has prioritized agricultural activities in previously altered areas and invested in the restoration of degraded areas and the implementation and strengthening of agroforestry yards. "These are actions that strengthen local culture, increase and diversify agroforestry production, and preserve the environment, generating a feedback cycle. Therefore, they also contribute to achieving state goals for greenhouse gas reduction, since they guarantee forest maintenance," explains researcher Eufran Amaral, study coordinator and general manager of Embrapa Acre. The research was carried out through the project "Ethnoknowledge, agrobiodiversity and ecosystem services among the Puyanawa", implemented with the support of the National Indian Foundation (Funai).

The project is part of the Amazon Portfolio, a set of 75 research and innovation initiatives by Embrapa in partnership with a network of public and private institutions, which aim to develop, expand and encourage new development models by integrating science, technology and innovation with public policies, market and society. To learn more about the Amazon Portfolio, click here. 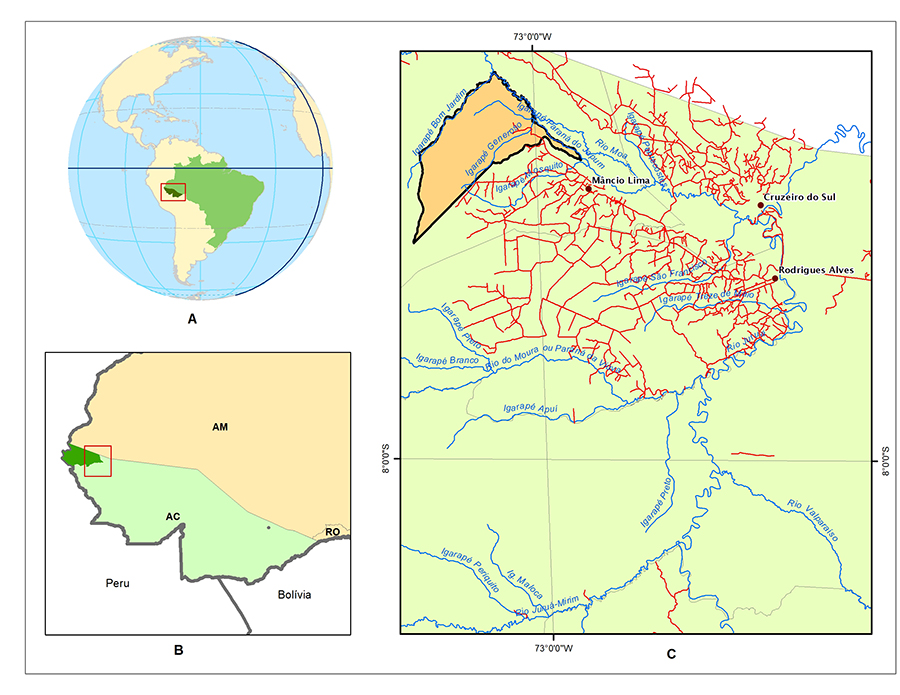 The estimated avoided deforestation in the Poyanawa Indigenous Land (see location on the right) comprehends a horizon up to 2025. Research results have shown that, during that time, the average of avoided emissions will be at 6, 381 tons of carbon dioxide (CO2) a year. Based on trading parameters of the global carbon credits market, researchers estimate that each avoided ton of CO2 can be worth up to 6 dollars or even more, depending on the interested investor.

That equates to 38,286 dollars that, converted into reais (at a rate of 5.17 reais per dollar), correspond to an annual return of 197,938 reais. Based on those values, the compensation for avoided deforestation in that Indigenous Land, estimated by the research for a 20-year period (2006 to 2025), would be 3.9 million reais.

According to Amaral, study results point to the possibility of developing projects to Reduce Emissions from Deforestation and Forest Degradation (REDD), by indigenous communities. The scientific data, along with the creation of institutional support networks and aligned with the Acre State System of Incentives for Environmental Services (Sisa, from the acronym in Portuguese), can inform efficient strategies for the use of the Indigenous Land's social carbon and generate economic benefits for the Puyanawa people. 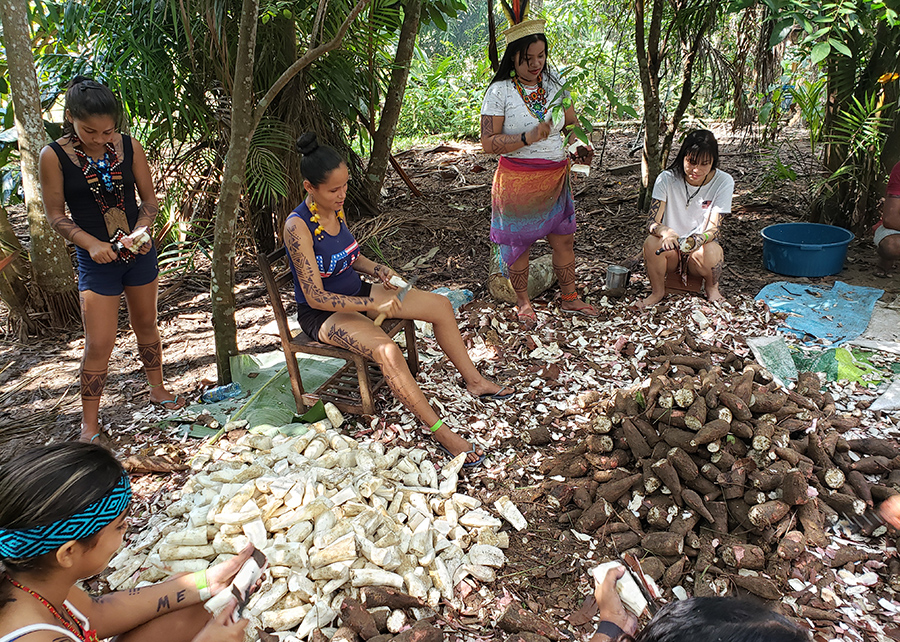 For Lucieta Guerreiro Martorano, an Embrapa Eastern Amazon researcher and study co-author, Environmental Service Provision policies have much to contribute to avoid deforestation in the Amazon. "We have to leave the field of discourse and popularize these mechanisms, in order to make payment for environmental services a practice in Indigenous Lands, Conservation Units, rural properties and other traditional territories in the country," she argues.

According to the same researcher, the provision of environmental services can also be promoted by farmers who use sustainable technologies in their properties' production systems, such as agroforestry systems, no-burn field, and the Integrated Crop-Livestock-Forestry system (ICLFS), among other technological alternatives. "Those production methods increase the potential of communities to obtain economic gains through the provision of environmental services, by avoiding deforestation and contributing to atmospheric carbon regulation, factors that are intrinsically connected to the planet's climate," she explains.

Considering that initiatives with sociocultural carbon have been increasingly valued in the international market, the avoided deforestation may be a profitable business for Indigenous families. The researchers also highlight the possibility of regulating the Brazilian Emission Reduction Market (MBRE, from Portuguese) and carbon credit trading in the country through Bill 528/21, pending in the Chamber of Deputies. 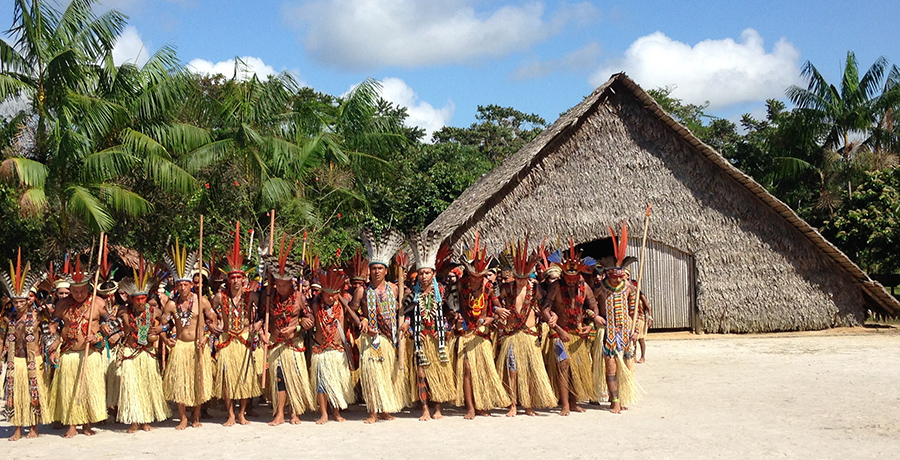 Environmental compensation through carbon credits represents a strategy to create conditions to maintain Indigenous peoples in their territories, in addition to contributing to strengthen their way of life and for environmental conservation in the context of the communities," Amaral says.

In that same perspective, the Environmental Policy Coordinator of the National Indian Foundation (Funai), Weber Braz Silva, considers the research results promising in the search for alternatives that combine environmental preservation and income generation in villages. He says that these studies align with other actions that are already being developed by the institution, focusing on the promotion of autonomy and self-sufficiency of these communities.

"The voluntary carbon market has the potential to be implemented in indigenous areas, but initiatives to that end must be designed and implemented in conjunction with environmental policies at state and federal levels. We are currently in negotiations to formalize international cooperation aimed at the elaboration of studies that assess the viability of this market in Brazil's Indigenous Lands,” says the manager who also emphasizes the importance of using appropriate approaches to ensure long-term results in relation to the environmental preservation and sustainability of these territories.

For Indigenous leader Luiz Puyanawa, it is gratifying to know that by adopting sustainable forms of land use, his people contributes to reducing carbon emissions. "Through agricultural practices inherited from our ancestors, we maintain a harmonious coexistence with the forest and, with this, the Puyanawas do their own agriculture and medicine in the villages, reinforce their values and preserve life. Stopping carbon emissions into the atmosphere is an action that is useful to the world, because the whole planet benefits", he points out. 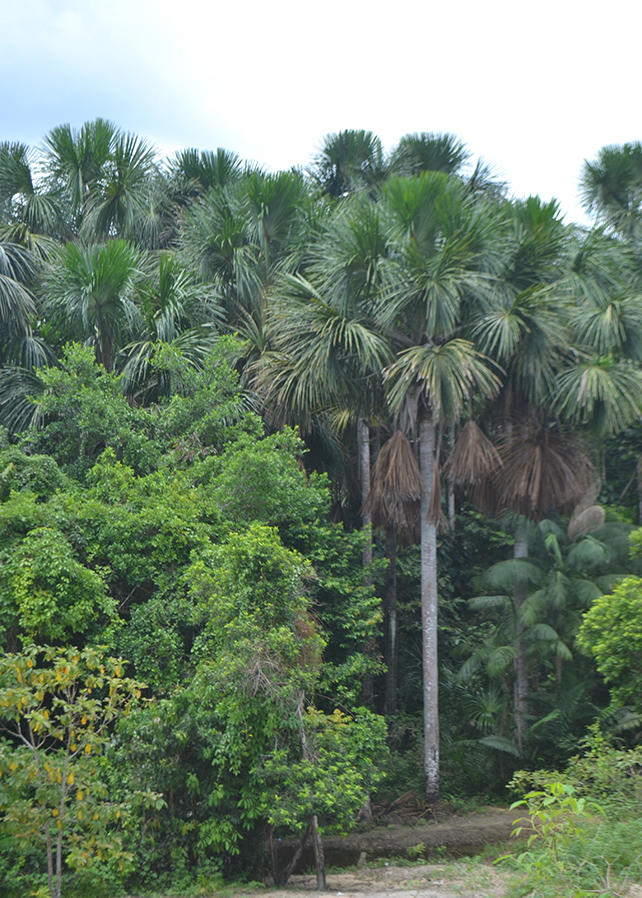 To calculate the avoided deforestation, quantify the volume of carbon in the soil and transform avoided emissions into carbon credits in the Poyanawa Indigenous Land, researchers used a methodology based on forest inventories available in the Acre State Ecological Economic Zoning database. Calculations were performed using equations that estimate the biomass of each tree and the biomass composition of the forest typology, considering the historical analysis of deforestation rates and the restoration of forest areas.

Lucieta Martorano explains that from the forest availability result, it was possible to assess the levels of deforestation avoided, measure the evolution of deforestation, and make projections. Forest biomass  gains and losses describe behavior patterns and thus the method allowed them to model and establish different scenarios of avoided deforestation.

"Between 2006 and 2010 the deforestation levels in the Indigenous Land were higher than the baseline considered for the calculations, a result that generated a deficit of 1,678 tons of CO2. The year 2008 showed the highest forest conversion rate in the historical series assessed, around 43.7 hectares. However, over the next three years, the restoration of forest areas generated positive (avoided) emissions. For each hectare of developing forest, around 448 tons of CO2 were stored, more than double the average indicated by literature, which is around 200 tons per hectare,” the scientist adds.

According to Amaral, by using models that can be adapted and replicated in different territories, the studies on avoided deforestation are a great contribution to Territorial Management in Indigenous Lands in the Amazon. "In Acre, the work takes place in integration with Sisa, but each state can use its own system. That flexibility in the strategies adopted may also create opportunities to integrate Territorial and Environmental Management Plans for Indigenous Lands with the actions of state governments,” the researcher says. 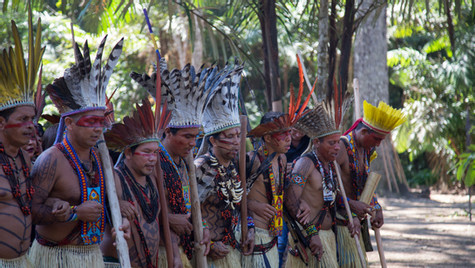 For the professor of the Federal University of Acre (UFAC) William Flores, current executive director of the Acre Institute of Climate Change and Environmental Services Regulation (IMC), partner institutions in this research, the results presented show the importance of Indigenous Lands in the context of climate change and confirm the need to maintain the environmental services provided by forests to humankind.

"Acre is a pioneer in the commercialization of carbon credits, through its public policy instituted in 2010. Currently, Indigenous communities already benefit from the actions promoted by the State System of Incentives for Environmental Services, insofar as funds raised via government actions from other countries, especially Germany and England, based on the performance of avoided deforestation, are destined to different target audiences, including Indigenous communities,” Flores states.

The manager also highlights that, in Brazil, these territories store a large amount of carbon and, in some communities, like the Puyanawa, a series of production and cultural activities implemented contribute to capturing atmospheric carbon and incorporating it into the vegetation's structure, functioning as carbon sinks.

"With the regulation of the Brazilian carbon market, as well as the implementation of the Floresta+ Program, coordinated by the Ministry of Environment, besides the possibility of regulating the goals of the Kyoto Protocol, approved at COP-26, mechanisms may also be created to enable concrete initiatives with carbon credits that allow indigenous populations and other communities to be remunerated. In the case of Acre, the incentive policy for environmental services already exists, however, legal mechanisms at      national level can help generate more effective results," he emphasizes.

The methods used to measure avoided emissions have been validated by international mechanisms such as the United Nations Intergovernmental Panel on Climate Change - IPCC. Based on these official methods and the contexts studied, Embrapa's research on avoided deforestation in Acre's Indigenous Lands may open up possibilities for the generation of new methodological formats.

In 2020, during the first study with that focus, conducted in the Kaxinawá Nova Olinda indigenous Land in Feijó, to estimate the volume of biomass present in the soil, researchers used orbital images made by Lidar (Light Detection and Ranging), a system that operates with airborne laser equipment.

"We innovated by incorporating a technology that allows greater accuracy in topographic data and in the categorization of the vegetation structure into the study method; however, it is important to assess the costs of using technologies in research. Each context investigated has its particularities and it is up to science to find alternatives to overcome possible challenges. We will continue researching the avoided deforestation and our next destination will be the Gregório Indigenous Land, in the municipality of Tarauacá, territory that houses the Yawanawá and Katukina peoples", the researcher announces. 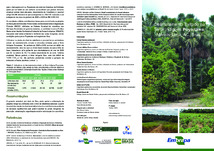