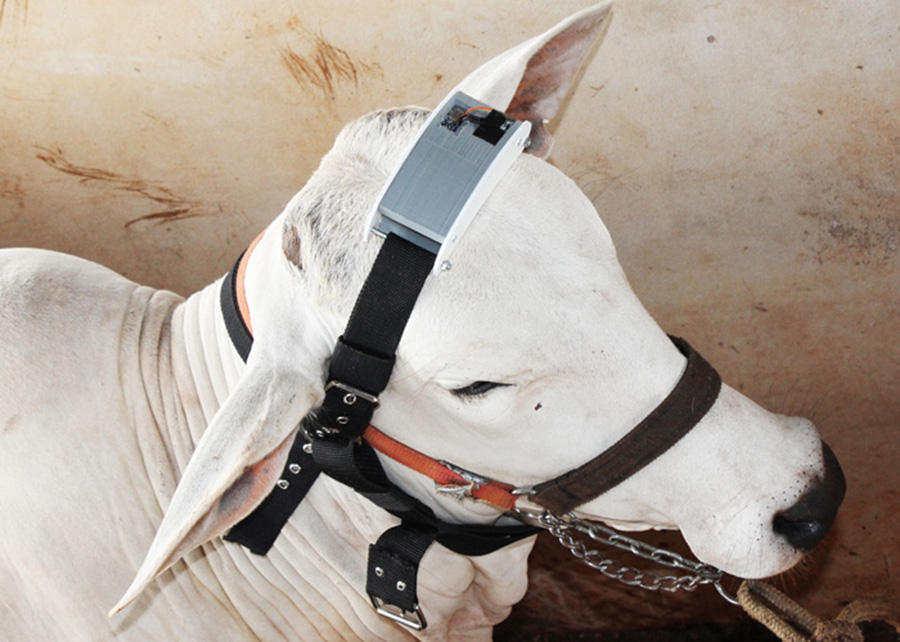 Internet of Things (IoT) sensors, smart collars and walk-over weighing systems will be used integratively to monitor a series of productivity, environmental and animal welfare indicators in Integrated Crop-Livestock-Forestry systems (ICLFS). Thereby, technologies based on Artificial Intelligence (AI) models developed by Embrapa will be generated, using as inputs the data collected by the sensors and the IoT network, to support farmer decision-making.

A partnership between Embrapa, Huawei and the Telecommunications Research and Development Center (CPQD) technological applications for pilot-use, which aim to improve management and production in integrated systems, will be developed. The partner companies are responsible not only for installing the connectivity infrastructure, IoT sensors and computing platform, but also for  supporting the  development of solutions. The study will last for 12 months, until April 2022, with a budget of R$1.2 million.

Two Embrapa research centers are directly involved in the studies. Embrapa Agricultural Informatics (Campinas, São Paulo) coordinates the work, aiming to develop Artificial Intelligence algorithms that will support applications related to productivity gain prediction and to animal welfare rates to help farmers. Technologies will be implemented in Embrapa Beef Cattle’s experimental field, in Campo Grande, Mato Grosso do Sul, where long-term research in ICLFS has been conducted for the collection of microclimate data and animal monitoring.. 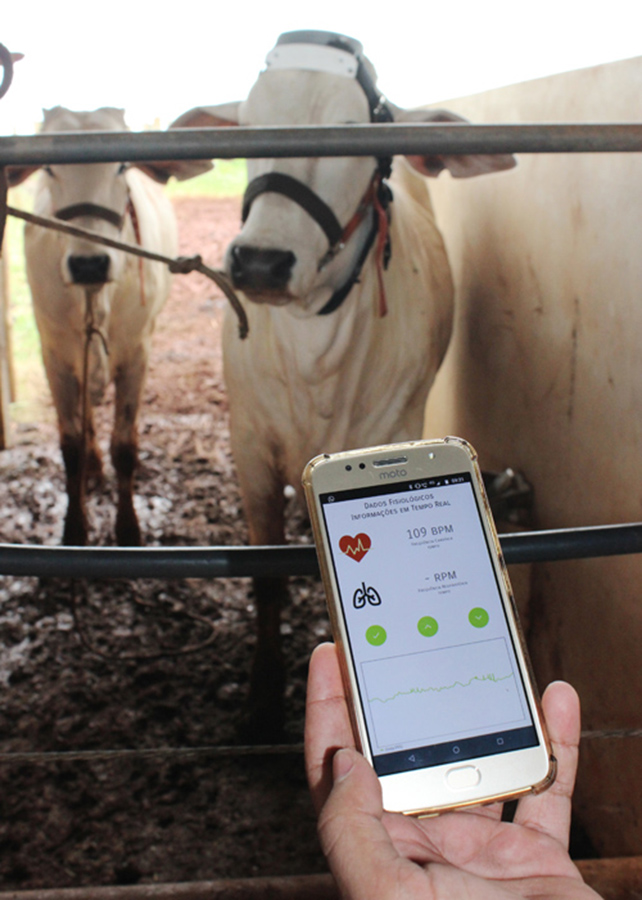 “The field research involves three axes: animal physiological variables, microclimate, and weight gain. Animal welfare and thermal comfort parameters will allow the farmer to perceive the animal's stress level in the field and how much that interferes in its productivity," states Roberto Giolo, an Embrapa researcher in Campo Grande.

"That set of sensor data, alongside the Internet of Things network and Artificial Intelligence, will help anticipate animal productivity gain and assess if the production system is in line with good practices. The information is also important for protocol adoption and farmer certification, by obtaining the Carbon Neutral Brazilian Beef (CNBB) or Low Carbon Brazilian Beef (LCBB) seal, for example," adds Embrapa IT analyst Camilo Carromeu.

In the experimental field’s 18 hectares of ICLF area, the technical team will monitor 32 beef cattle distributed into three ICLF systems, to automatically collect physiological and behavioral data regarding welfare level, monitor daily weight gain, and assess microclimate data from environmental conditions. The animals' skin temperature, heart rate, and respiratory rate will be checked, as well as the estimated time until slaughter, among other factors.

"The idea is to collect the largest number of variables and comfort indicators to provide alerts to cattle raisers through a mobile app or a web system that would help them make the best decisions from an economic and environmental point of view," explains Embrapa analyst  Eduardo Speranza. The studies should indicate the need to develop and automate other tools in the future to improve the applications.

For Stanley Oliveira, head of Research and Development (R&D) at Embrapa Agricultural Informatics, this partnership is an innovative experience. The accreditation by the Information Technology Area Committee (Cati), of Brazil's Ministry of Science, Technology and Innovation (MCTI), enabled the Embrapa Unit to join the tech companies that will receive tax incentives granted by the Brazilian Informatics Law, and invest in hardware and automation R&D. 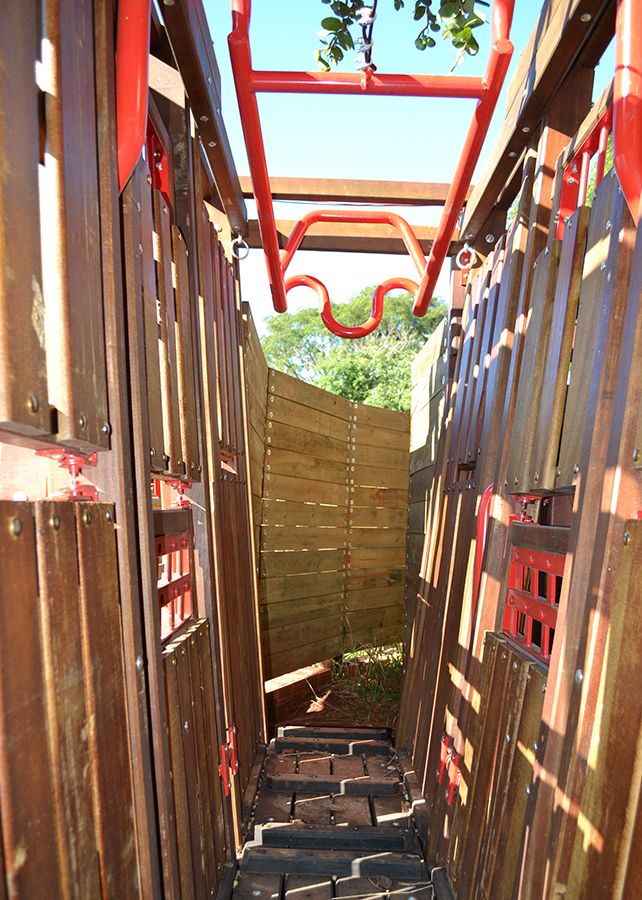 "Artificial Intelligence and Internet of Things applications can create a major revolution in the cattle farming sector through the possibility of automation and transformation of data into information, in real time – thanks to mobile connectivity, in various sectors of the production chain," states Bruno Zitnick, Huawei's Government and Public Affairs Director. "In this partnership with Embrapa and CPQD, the data that are collected by the sensors will be sent to Huawei’s cloud, which has Artificial Intelligence, so that the entire solution under development is based on it. That will allow farmers to supervise cattle productivity in a way they currently cannot do, which will help in the decision-making process and, consequently, increase efficiency and productivity gains," he assesses.

Sensor connectivity will be performed through the 4G NB-IoT mobile network using Huawei equipment. Huawei's cloud solution will support the development of algorithms with embedded Artificial intelligence. CPQD will supply the components for service architecture, including two open platforms that will allow the storage, visualization, and analysis of the data in cloud computing.

"This partnership will enable an innovative technological solution to meet demands and add value to the business of Brazilian farmers operating in the ICLF model. The combination of Artificial Intelligence and IoT in an integrated platform will allow them to increase predictability and productivity in management, and will also contribute positively towards environmental sustainability, reducing greenhouse gas emissions," states Fabricio Lira Figueiredo, Smart Agribusiness Development manager at CPQD.

One of the technologies that CPQD should provide the project with is Dojot, an open platform developed by the company to accelerate the creation of IoT applications geared towards the Brazilian reality. Dojot was created to be a Brazilian open-source initiative and it currently has a community of users distributed among several companies and institutions, from different sectors, that use the platform when developing IoT applications in various areas, such as agribusiness, smart cities, health and industry.Another open platform is the Artificial Intelligence Platform for Agribusiness (PlatIAgro, from Portuguese), which aims to facilitate the creation of applications based on Artificial Intelligence (AI), such as machine learning in general, computer vision and natural language processing in the Brazilian agribusiness context. The intention is to provide an environment with features that allow the user to manage models, experiment, compare results and deploy them in an automated way, speeding up the development of AI applications aimed at the sector. 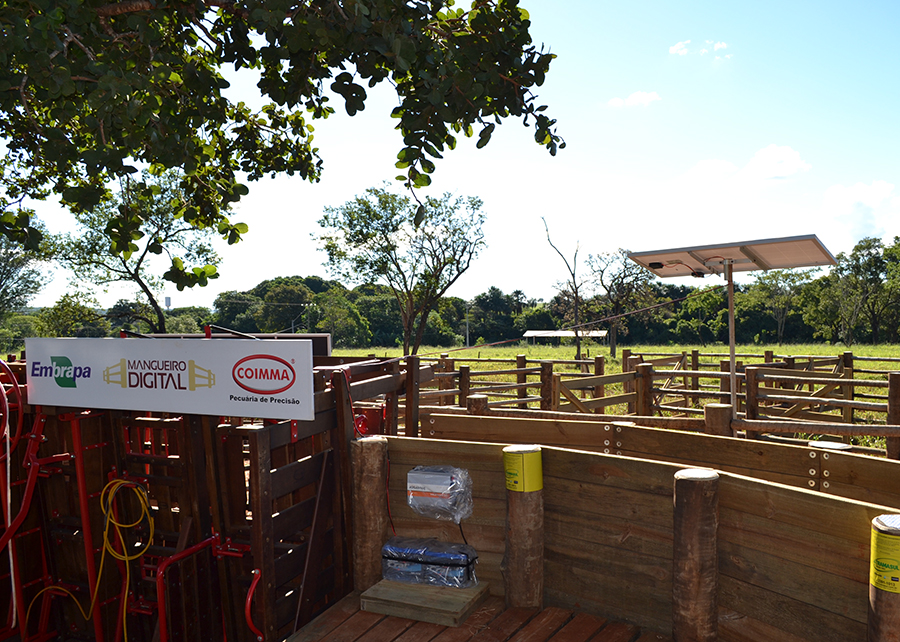 Daily monitoring of the animals' weight gain will be done through the Automatic Field Weighing System with Remote Data Submission (BalPass). The equipment, developed in a cooperation between Embrapa Beef Cattle, Coimma and the Federal University of Mato Grosso do Sul (UFMS), runs on solar energy, and makes it possible to follow the weight curve of each animal, which is weighed individually, right in the pasture.

The data are obtained through sensors installed in the aisles that take the cattle to drinking or feeding troughs. Each animal, identified by EID (Electronic Identification) tags, has its weight recorded, assessed, and validated. All information will be automatically transmitted, stored, and processed using IoT. With that technology, it is possible to determine the herd's weight gain in real time, with greater data reliability and reduced animal stress during weighing

As for measuring animal welfare conditions, electronic devices known as the Bovine Electronic Platform or BEP will be used. That technology was also developed in a partnership between Embrapa Beef Cattle and UFMS, and transferred to Indext Soluções Tecnológicas, a startup that is a partner in developing the tool. 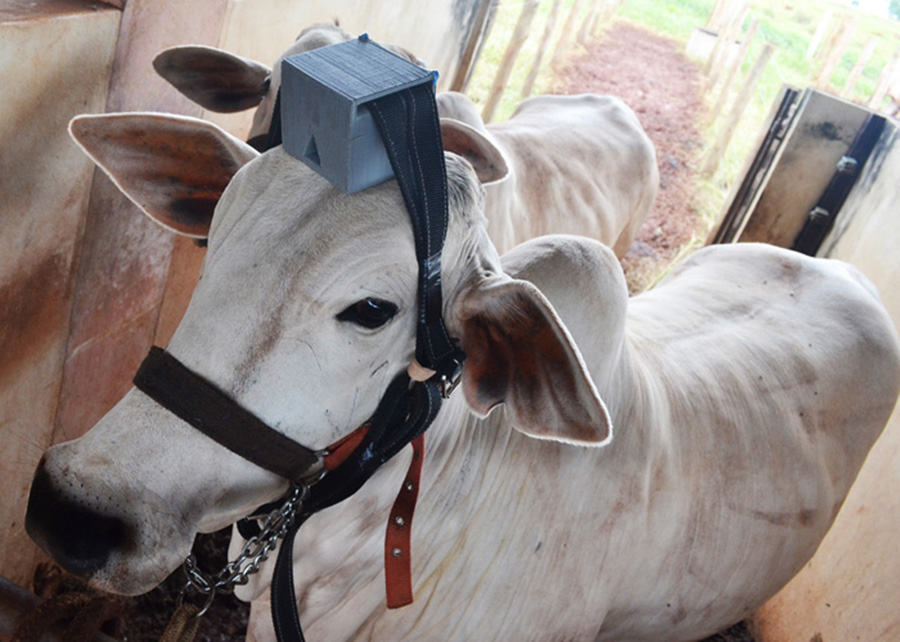 That device has the advantage of being wearable, meaning that it is not invasive. The equipment has a halter, in which sensors are installed for the simultaneous monitoring of respiratory rate, heart rate and skin surface temperature. Sensors also capture ambient temperature, relative humidity, and solar radiation. Information can be viewed through tables, graphics and even in the form of notifications, displayed when some parameter is outside normal limits.

"The integration of all those technologies is the research's main differential, with the use of smart sensors and the construction of an architecture based on Artificial Intelligence that will allow us to take the field data that has been transformed into useful information, directly to the hands of farmers," Carromeu states.

To that end, Embrapa's API (Application Programming Interface) platforms will also be used. "The AgroAPI Platform, developed by Embrapa Agricultural Informatics, will allow the integration of data, information and crop and livestock models that will be generated in this research," Silvia Massruhá adds. 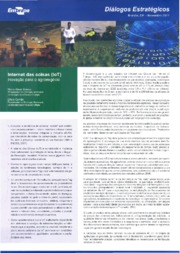 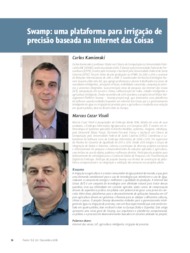