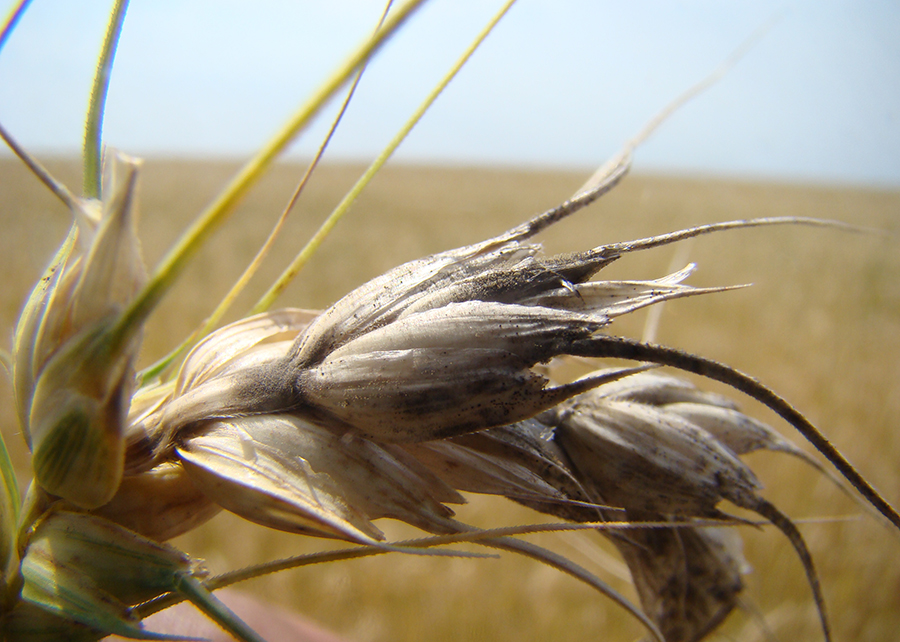 Wheat blast is one of the main diseases of economic impact on wheat.

The Early Warning System (EWS)is a platform that simulates the risks of wheat blast incidence based on the collection of meteorological data. EWS is the result of a project led by the International Maize and Wheat Improvement Center (CIMMYT), in partnership with Embrapa and the University of Passo Fundo (UPF) in Brazil.

The risks associated with the occurrence of wheat blast are directly related to weather conditions, especially during the period of wheat heading. The occurrence of frequent rains, temperatures above 22ºC, watering the plant for over 10 hours, cloudy days and high relative air humidity compose the ideal conditions for the proliferation of the disease.

EWS can analyze data collected by meteorological stations and forecast when those conditions will occur in regions where there are wheat crops. The system crosses such information with the development stage the plants are found and, in case of risk, it sends a warning to farmers so that they can take prevention measures.

Since there is no cure, wheat blast control must be preventive, with the application of fungicides before the fungus takes over the plant. On average, the fungicide protects the plant from diseases when it is between 12 and 14 days of age. Thus, to perform a more assertive control, it is necessary to check weather forecasts and assess the optimal moment and the actual need to apply the agrochemical. It is precisely in such decision making that the Early Warning System dashboard helps. In the EWS website, the user chooses the country, state and nearest weather station to assess low, moderate and high risks in the map. 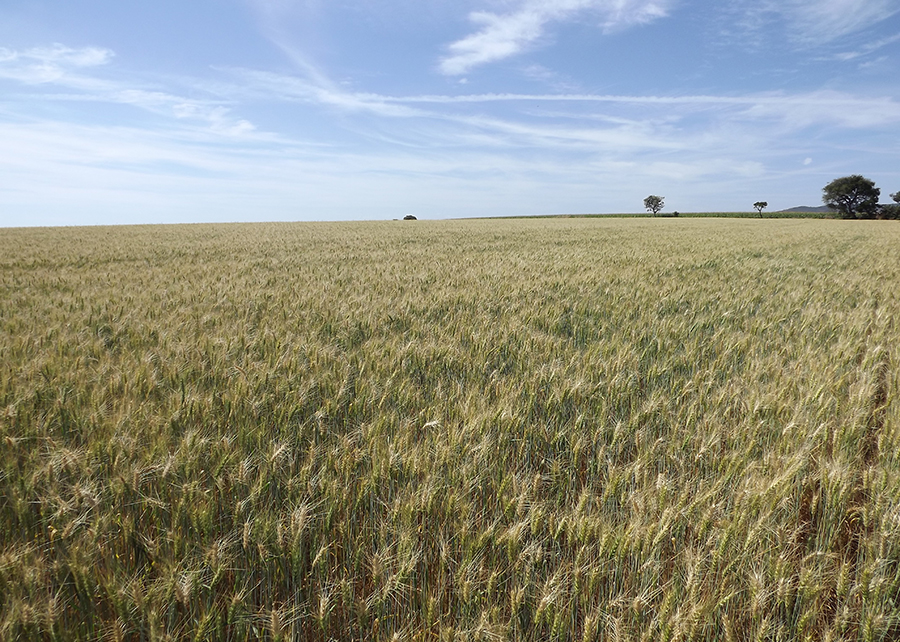 The Embrapa Wheat researcher José Maurício Fernandes explains that the disease is considered a global threat, since there are no varieties that offer resistance to the fungus. “There is no resistant germplasm in most elite wheat genotypes worldwide and the treatments with fungicides are ineffective when the disease intensity is high”, the scientist explains. 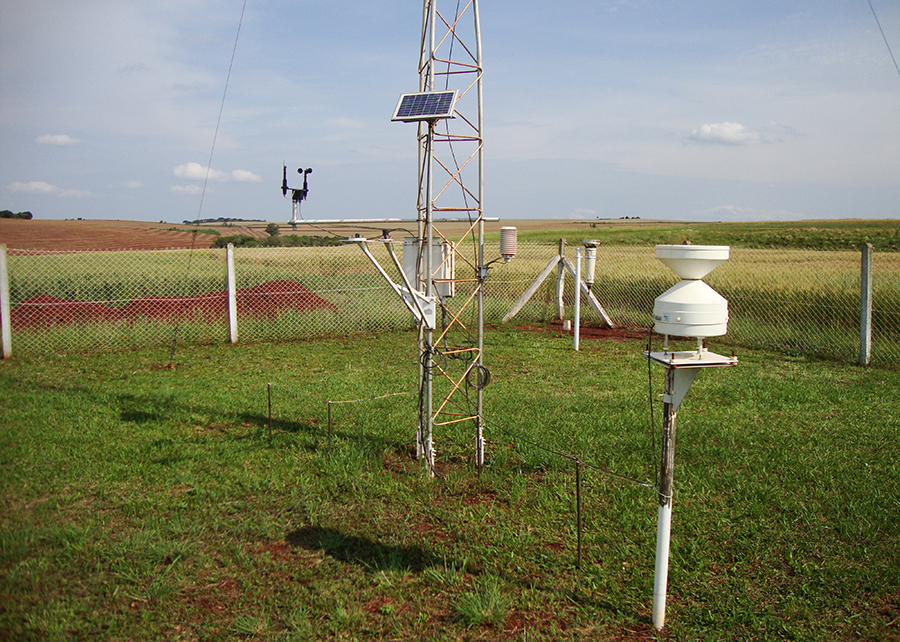 In Brazil, the EWS is still being supplied with data, considering the diversity of environment where wheat is cultivated in the country. “We are working on a more responsive interface that can load the website in different devices and with broader range”, the UPF researcher Willington Pavan reports. According to him, the interactivity with registered users is also being tested, with the experimental submission of warnings to smartphones and e-mails.

A partner of the project in Bangladesh, the researcher Tim Krupnik, national CIMMYT representative, tells that in the Asian country the EWS has already been working since 2019, sending text messages and e-mails to the agricultural extension network that works with wheat.

For the time being, the EWS is restricted to wheat producing states of Brazil and Bagladesh, but in the future it will comprehend all wheat farming regions of the world.

Another feature to be implemented is expanding the EWS database to include fusarium head blight, another important heading disease with frequent epidemics in different wheat croplands in South America and Asia. 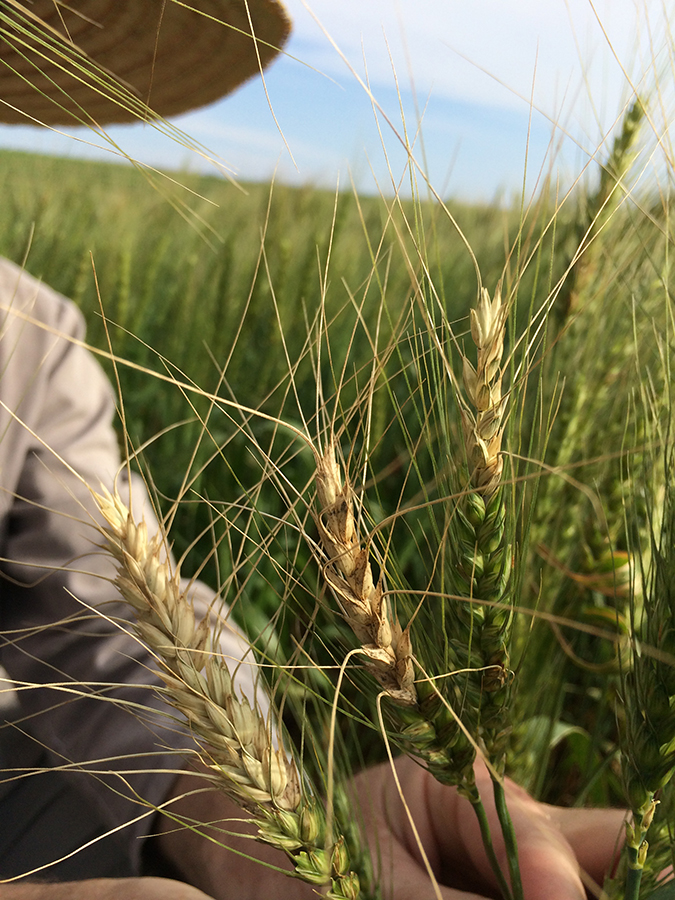 The disease that most threatens wheat

Wheat blast is one of the main diseases of economic impact on wheat. The causal agent is the Magnaporthe oryzae fungus, which attacks the spike's rachis and results in deformed grains with low specific weight, which reduces crop yield. The fungus spreads through the wind and can not only attack over 50 grass species, but also survives in crop remains, seeds and voluntary plants.

The disease was recorded for the first time in Brazil in the 1980s, in occasional epidemics in tropical areas, but it quickly spread to South America causing epidemics in Bolivia, Paraguay, and Argentina. The arrival of the disease in Bangladesh, in 2016, in Southern Asia, and in Zambia, in Southern Africa, in the 2017/2018 harvest, raised flags for the global threat that wheat blast represents.

Isolated wheat blast cases in the state of Rio Grande do Sul have been detected since 2014, but they never recorded epidemics of the disease. In 2019, the weather conditions at the beginning of the crop cycle propitiated wheat blast infection during the plant tillering in Minas Gerais, Goiás and Distrito Federal.

Fernandes recalls that despite not representing a risk for wheat producing countries in the Northern Hemisphere yet, the main cereal research centers are attentive to the spread of the disease in the world, which can compromise food security, especially in poor countries in Asia and Africa. He explains that the climate of the Northern Hemisphere does not favor the survival of the wheat blasting fungus in current conditions. However, climate change and even possible mutations in the microorganism can change this scenario, hence the concern among all the countries that produce the cereal. 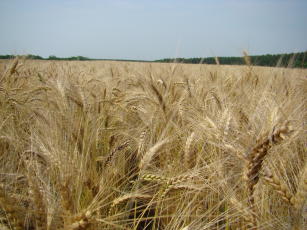 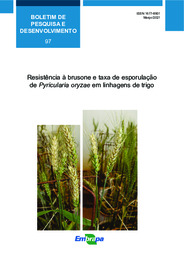 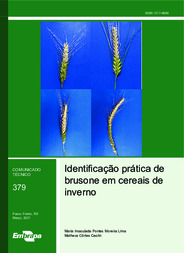