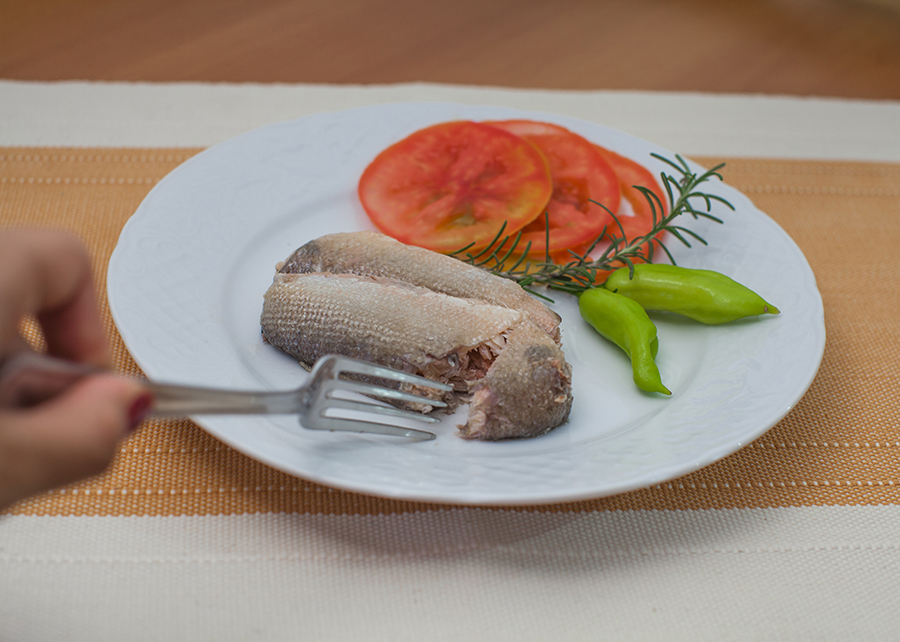 The coronavirus pandemic put a sudden brake on the growth of fish purchases, which had been observed until February 2020, when the economic results of the chain rose compared to the previous year. This was verified by a study performed by the researchers of Embrapa Fisheries and Aquaculture (TO), in one of the first works that show how consumer behaviour has reflected on the fish chain during the pandemic.

The study “Efeitos do isolamento social durante a pandemia de Covid-19 na comercialização e no consumo de pescado no Brasil” [Effects of social isolation during the Covid-19 pandemic in the trade and consumption of fish in Brazil], which covered all Brazilian regions, revealed that for 40.31% of the interviewees, the price of the product went up. Because of that, 26.92% of the interviewees reduced their consumption of fish and 4.27% totally eliminated their intake of this protein.

Changes in places of purchase and conservation preferences

Before the coronavirus, 21.79% of consumers had a habit of purchasing fish in hypermarkets, 20.23% of the interviewees preferred to acquire it in wet markets or fishmongers, and 3.13% in wholesalers. After the coronavirus, there was an increase in the preference for hypermarkets (29.91%), delivery (8.69%), and wholesalers (3.56%).

“In general, with the fact that the wet markets and informal markets have been practically closed during the first months of the pandemic, the only available options were the big hypermarket chains”, Diego Neves de Sousa, one of the authors of the research and Embrapa’s analyst, observes. “This study, albeit a sample-based one, revealed this condition of diminishing fish consumption, which is worrisome for the sector and the local economy, as it negatively interferes with the income of the population that depends on this sector to survive,” Diego observes.

As stores closed in lockdown, the availability of fish was affected in the perception of 17.38% of consumers, who felt it was more difficult to make such purchases due to the reduction of the product’s offer. Quality was also affected for 11.40% of the participants, who reported a reduction in the customary quality of the products.

The pandemic also changed the consumer preference regarding the type of fish conservation: preference for frozen fish or seafood grew from 22.36% to 27.49%. “The increase in frozen fish acquisitions can be explained by the lack of consumer trust regarding the quality of fresh fish”, Sousa analyzes.

In some capitals, consumption was even higher. According to another study by Embrapa Fisheries and Aquaculture, which encompassed capitals from the five regions of Brazil, consumers of Curitiba (29%) and São Paulo (28%), for example, consumed fish fillets at least once a week, in February 2019.

“The production and consumption of fish in Brazil and worldwide had been growing in the past forty years, especially due to advances in aquaculture. Specialists believe that the development of this production chain is connected to a growing behaviour in the consumer market of valuing healthier foods”, Sousa emphasises.

Another sector that was affected during the pandemic was fish slaughter and cold storage plants. The study pointed out that for 46% of the fish processing companies, there was a reduction in raw material offered to process the product.

The significant majority of sales was negatively affected with a global fall in (64%) or full interruption of sales (8%), caused by the consequences of the coronavirus pandemic.

Similarly, for 54% of the entrepreneurs who work in the processing sector, there were difficulties in the acquisition of inputs, such as delays in package deliveries, and lack of cleaning material, individual protection equipment, chlorine and salmon in the market.

Even with those difficulties, most companies kept their staff, as they did not need to dismiss them; in some, there was even a temporary suspension of activities for up to 60 days.

“The research mapped of the extent to which the aquaculture chain was affected, aiming to propose public policies to encourage consumption resumption, such as fiscal relief on fish feed, for example”, Roberto Manolio Valladão Flores, head of Technology Transfer of Embrapa Fisheries and Aquaculture.

In addition, the research aimed at making a parallel between ongoing research and development and technology transfer projects, further informing decision-making in processing plants, wholesalers and retailers that operate in this production chain.

For the head of Embrapa Fisheries and Aquaculture, Danielle de Bem Luiz, the research helped to clarify questions about a period of uncertainty that the country experienced. “The study corroborated two aspects that happened in the pandemic. First, whether the production and transformation costs of many food products increased or not, during the pandemic. And the second was data on the period of uncertainty about how the Sars-CoV-2 contamination happened, which provoked many doubts about the consumption of fish, , which especially reduced  consumption and manipulation of fresh products in restaurants”, she observes.

“Despite the restrictions to circulation, the sector continued to produce and offer fish products to consumers, with a few variations in prices. Furthermore, the solidity of the industry allowed the survival of the activity, which kept going due to its infrastructure and previously adopted strategies”, the researcher, Patrícia Costa Mochiaro Chicrala, one of the study authors, points out.

The study will become a reference for future initiatives by Embrapa Fisheries and Aquaculture. “The research is aimed to develop more technological solutions that are in line with the new reality and obeying the new paths taken by the sector. The research will guide efforts and future demands”, states Leandro Kanamaru Franco de Lima, supervisor of the Fish and Aquaculture Team of the Embrapa research centre.