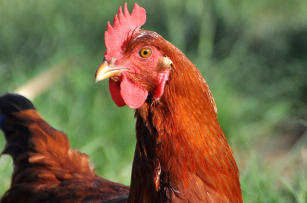 The Embrapa 051 free-range laying hens are hybrid chickens, resulting from crossing the breeds Rhode Island Red with white Plymouth Rock, and selected by Embrapa Swine and Poultry. Such hens specialize in brown shell table egg production and, because they are rustic, adapt well to less intensive systems. It presents intense brown plumage, excellent egg production, longevity and rusticity. They start laying eggs at 21 weeks and produce until the age of 90 weeks, with potential to produce 345 eggs per hen housed during the production cycle. The production peak of 90% is reached at 30 weeks and the egg weight is above 56g. At the end of the production period, the hen body weight of about 2.385kg allows their use for meat consumption.

The family farmer smallholders traditionally used to raise chickens of low genetic and technological potential. In turn, that led to lower productivity and higher production costs. With the development of the Embrapa 051 Free-range Laying Hens, farmers have the possibility of replacing low technology fowl with more advanced genetics, which increase egg laying productivity and add value as carcasses can be sold for consumption.

Who benefits from it

The main beneficiaries of the technology are family farmers from all over Brazil.

Reduction in production costs in comparison with other existing genetics in the market and of the same technological standard as Embrapa 051 Free-range Laying Hen.

The technology has a positive social impact with benefits in income generation, food security and the management and administration of rural establishments. It is also presented as an important alternative to traditional crops and farm animals such as tobacco, swine, and broiler chicken, and traditional annual crops, especially for family farmers excluded from integrated and cooperative systems.

Consumers benefit from the possible impacts in food security in view of the synergistic effect between the technological increment and higher managerial and technical efficiency in the agricultural establishment. For exporting agribusiness, such effects also improve the management of such marginal livestock, which can represent a potential risk to the international recognition of the Brazilian animal health status. 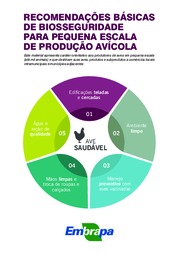 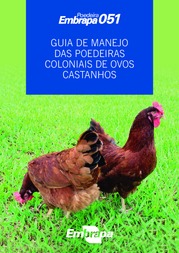 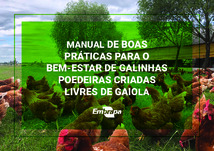