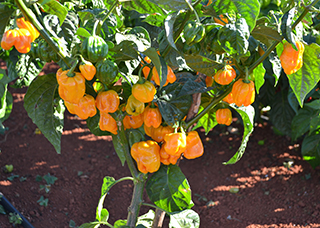 The pepper production chain has gained one more cultivation option and thus the possibility for farmers to boost their income by increasing the supply of a product with distinctive characteristics.

The BRS Araçari pepper, developed by  Embrapa Vegetables' Capsicum (peppers and bell peppers) Breeding and Genetic Improvement Program, has now joined red-colored BRS Juruti and orange-colored BRS Nandaia, the first national cultivars of habanero pepper, which were released in 2016. The new pepper produces yellow fruits (when they are ripe) and has low pungency (spiciness) – around 5,000 SHU (Scoville Heat Unit), which measures the degree of pungency in peppers. That is a level considered unusual when compared to the other cultivars of the group: BRS Juruti presents 260,000 SHU and BRS Nandaia, 200,000 SHU.

According to Embrapa researcher Cláudia Ribeiro, the program coordinator, the fruits' yellow color and pronounced aroma distinguish BRS Araçari from other habanero pepper cultivars available in the Brazilian market. It has the potential to supply the fresh fruit market, as well as market niches aimed at distinguished products based on peppers, such as sauces, jams, chutneys, mustards, pastes, and others. “Despite the fact that the consumption of fresh pepper is growing in Brazil, it is still low, so farmer demands generally refer to the supply of quality raw material, with a focus on the processing industry,” the researcher reveals.

According to her, this is precisely the greatest challenge of the genetic improvement program, which “should consider the demands of farmers, who are mostly family-based, and of the processing industry, while assessing market niches and opportunities at the same time."

Tall plants are good for manual and mechanized harvesting

Based on those perspectives, BRS Araçari presents a set of characteristics that hope to meet the demands listed by Ribeiro. Its plants are vigorous and tall, which favors manual and mechanized harvesting. It is precocious and cold tolerant, and shows high yield in protected cultivation, in addition to its exceptional sensory quality (size, color, flavor and aroma) and high vitamin C content – 177.4mg/100g of fruit.

In terms of productivity, in conventional farming conditions in the Brazilian Central-West Region, BRS Araçari produces an average 13t/ha in open fields and 36t/ha in protected cultivation for three harvest months, with a population of 25,000 plants/ha (spacing of 1.0m between rows x 0.40m between plants). “The difference observed between the two types of cultivation shows that this is a cultivar that adapts to protected environments better,” the researcher emphasizes.

The new pepper also shows resistance to Meloidogyne incognita and M. Javanica root-knot nematodes, prominent species that damage the crop, in addition to intermediate resistance to bacteria of the Ralstonia complex, which cause bacterial wilt. Ribeiro recalls that cultivars that are resistant to diseases occupy a prominent place among the main demands of farmers.

“The use of resistant varieties, associated with good cropping practices, is very important to control nematodes and bacterial wilt. That is why it is important that the farmer has a product that has those characteristics," she states.

The BRS Araçari pepper is demanding in terms of heat, hardy in low temperatures and sensitive to frost. In colder regions it should be cropped preferably in high-temperature months that favor seed germination, plant development and fruiting. 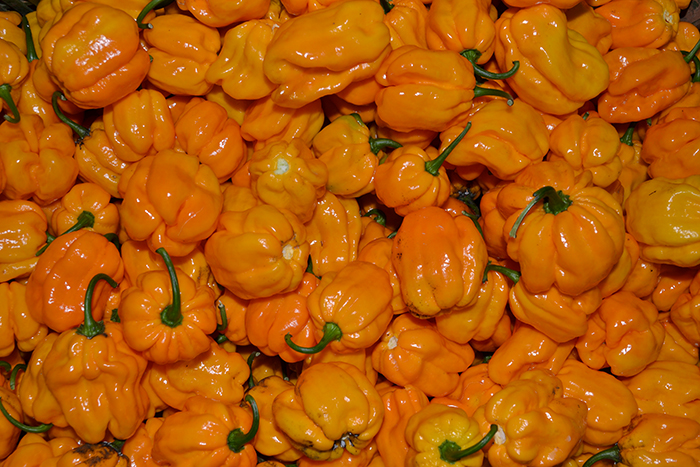 For conventional and organic farming

According to the researcher, the cultivar has been developed for conventional farming and is currently being assessed in organic farming so that, depending on the results, it may be recommended for farmers who use this production system.

"Growing market demands for organic foods, along with other characteristics (flavor, aroma, high vitamin contents), can lead to the addition of value to products from agricultural and agroindustrial chains," notes Ribeiro, who draws attention to the fact that the production of peppers is based on family farming. "Ecologically based production systems strongly add value to family farming, and the cultivation of peppers in Brazil fits perfectly with this model of production and of smallholder-agroindustry integration.”

That is the case of farmer Flávio Marchesin, who is testing BRS Araçari at São João farm, in São Carlos, SP, in an organic production system. So far, he considers the results promising. "From what I have seen, I believe the cultivar will be well accepted for sale and consumption," says Marchesin, who points out the pepper's flavor and low pungency as its main appeals.

He says he has been using the pepper to make sauces and pickles, and even sautéing it with other foods, and the response has been very positive. In addition to cooking, the farmer highlights harvesting as another factor that facilitates the  production of this variety. "The plants have great architecture to harvest the fruits, which allows a more comfortable position, that is: we don't have to crouch to harvest them," the farmer states.

These releases intend to fill a gap, considering that the national market still does not have Capsicum pepper cultivars that are recommended for organic farming and with fruit characteristics that meet the demands of both the fresh fruit market and pepper processing industries focused on this niche. For that reason, according to Ribeiro, both cultivars – which have superior physicochemical and functional qualities – offer those segments new opportunities in the development of products with high added value.

"The idea is to develop pepper cultivars to supply various market niches, from smallholders to the agroindustry," Ribeiro states. She adds that BRS Araçari habanero pepper seeds will be made available through public offering, with regulations defined by Embrapa's Secretariat of Innovation and Business (SIN, from the acronym in Portuguese), in order to hire companies interested in producing and commercializing those seeds. 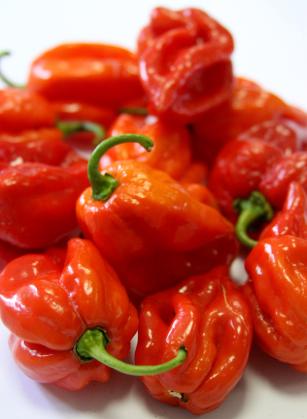