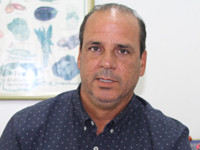 Nascimento has a bachelor's degree in Agronomic Engineering from the Federal University of Viçosa (1982), a master's degree in Phytotechnics (Seed Technology) from the Luiz de Queiroz School of Agriculture - ESALQ / USP (1990), a PhD in Horticultural Sciences (Seed Phisiology) from the University of Florida (1998) and a post-doctoral degree from the same university. He has also taken specialist degree courses in vegetable seed production in Argentina (1990), Japan (1991) and Germany (2001) with CNPq Research Productivity Scholarship - Level 1D. He coordinates the course on Vegetable Seed Production Technology, currently in the 14th edition. In 2002 and 2003 he was a consultant for the United Nations Development Program (UNDP) for Cuba and a consultant in 2005 and 2009 for ABC / MRE for Cape Verde and Senegal. He joined Embrapa Vegetabled in March 1985 and took office, from 2008 until the beginning of 2017, as the Deputy Head of Technology Transfer of the Unit. 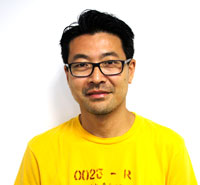 Sunaga has a bachelor's degree in Agronomy from the Federal University of Viçosa (1995), master's degree in Entomology from the Federal University of Viçosa (1998) and a PhD in Genetics and Breeding by the Federal University of Viçosa (2002). In 2001, he joined the Brazilian Agricultural Research Corporation as a Researcher II at Embrapa Cotton in the area of cotton breeding. He remained in that Unit until 2007, where he participated in the launch and protection of six cotton cultivars (BRS 269, BRS Acácia, BRS Araçá, BRS Camaçari, BRS Jatobá and BRS Peroba). In 2008, he started his activities as Researcher A at Embrapa Vegetables, getting involved with lettuce, potato, chickpeas and tomato breeding programs where he contributed to the launch and protection / registration of three lettuce cultivars (BRS Leila , BRS Lélia and BRS Mediterrânea), potato cultivars (BRS Camila, BRS Clara and BRSIPR Bel), three chickpea cultivars (BRS Aleppo; BRS Cristalino and BRS Toro), an industrial tomato hybrid (BRS Sena), four table tomato hybrids (BRS Della Vecchia, BRS Equatorial, BRS Laterrot and BRS Tyão), in addition to six parental strains of tomato hybrids (LAI 132, LAM 199, LAM 221, LAM 233, LAM 259 and LAM 288). In the management area of this Unit, he served for three years as Technical Editor of the Local Publications Committee and in 2017 he was appointed as executive secretary of the Internal Technical Committee of Embrapa Vegetables. He currently coordinates the lettuce breeding program, with a special focus on adapting this vegetable to abiotic stresses caused by heat and drought, and aids legume and tomato breeding programs. 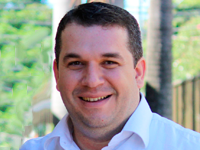 Carvalho has a degree in Social Communications - Publicity and Advertising from the Federal University of Goiás (2004), with a specialist degree in Business Management from the Pontifical Catholic University of Paraná (2008) and a master's degree in Agribusiness from the University of Brasília (UnB). He has professional experience in the areas of communication, advertising, public relations, merchandising, events, brand development, product development, retail marketing management, promotional campaigns, business management, among others. 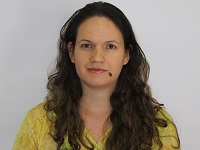 Alves has a degree in Business Administration (2004) from the Unified Education Association of the Federal District, with a lato sensu graduate degree in Finance and Public Budget (2012) from the Integrated College of Grande Fortaleza (FGF / CE). She has worked in the Credit and Collection Department of the Correio Braziliense newspaper and, in 2009, she joined Embrapa Vegetables, in the Budget and Finance Sector. Since June 2014, she has been the Unit's Deputy Head of Administration.