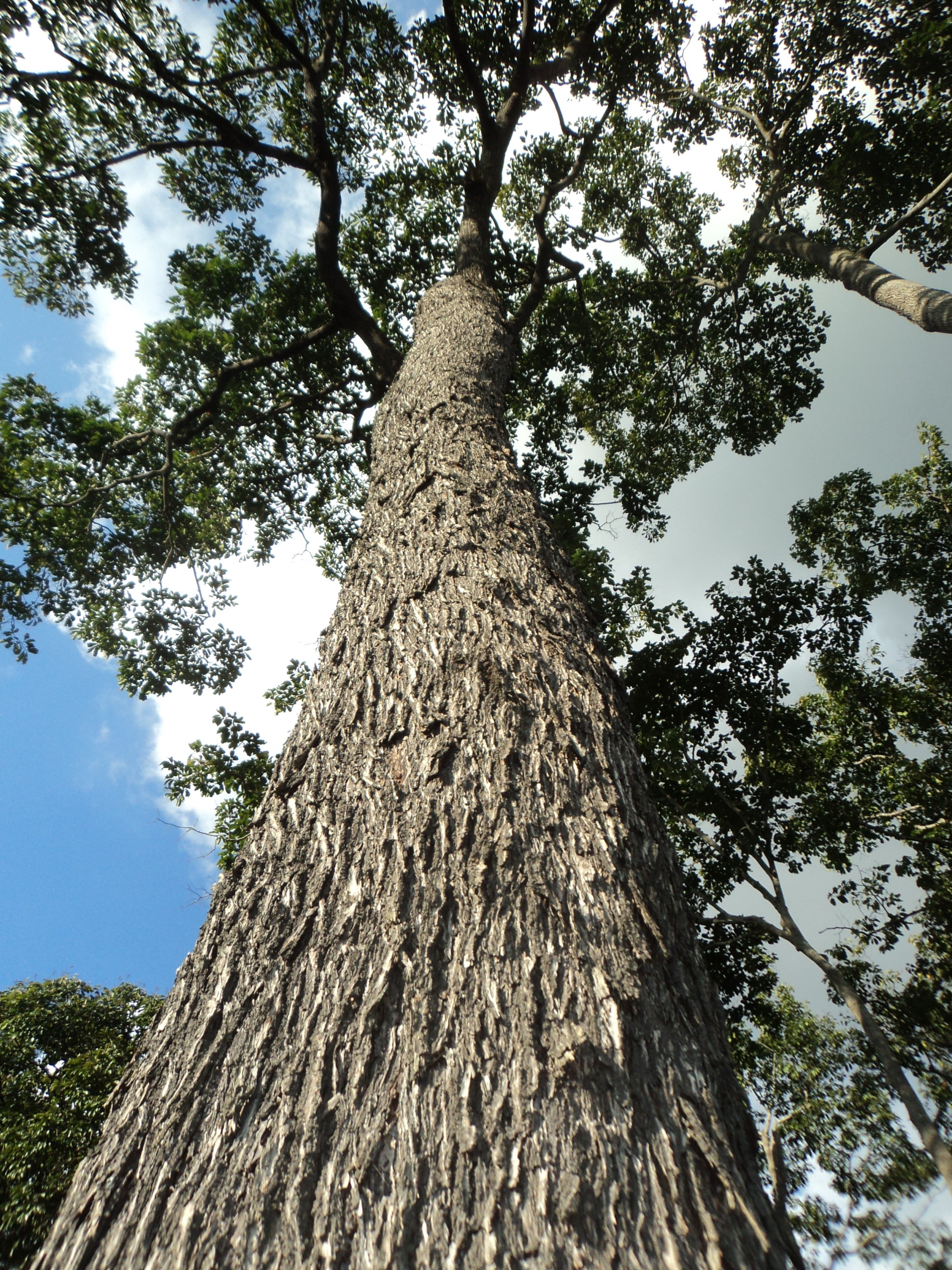 Current Brazil nut collection rates are not going to threaten the abundance of these trees for at least a century, study says

Research conducted in the Brazilian state of Acre for 14 years by Embrapa and the University of Florida has shown that the maintenance of adult Brazil nut trees (Bertholletia excelsa Bonpl.), those that already produce nuts, and also of pre-adult ones, which are about to start producing, is fundamental for the sustainability of the activity of Brazil nut collection. Practically all the seeds that are traded, which are also known as Pará nuts and cream nuts, comes from native trees.

A common concern is that high rates of Brazil nut collection reduce the sprouting of new Brazil nut trees, which would compromise future production. However, studies show that the biggest problem is the maintenance of adult and pre-adult Brazil nut trees, and not much the lack of new nut trees. The deforestation that still occurs in the Amazon region, natural deaths due to climate change (especially droughts or floods), and the removal of trees that are still in production from the forest are factors that have concerned researchers the most.

A study demonstrated that young and adult plants respond differently with regard to growth, but it is not necessary to apply differentiated management techniques. According to the Embrapa researcher Lúcia Wadt, the biggest concern is with climate change, because the occurrence of droughts, floods and changes in temperatures can lead to the death of adult trees and also  select the young trees that are more resistant.

Findings from the study held in Acre show that current Brazil nut collection rates are not going to threaten the abundance of these trees for at least a century. “That is, if there are no significant changes in the way nuts are collected or in environmental conditions”, Wadt underscores.

The researchers warn producers and support institutions to be attentive to the future of Brazil nut forests and, above all, take measures for enrichment planting in abandoned thickets, in addition to the selection of materials that are more resistant to the climate change. “We are already worried about this. In 2016, Embrapa started the Brazil nut tree breeding and genetic improvement program, which selects and characterizes high-production mother plants that sustain production during unfavorable years”, the scientist informs..

For 14 years, researchers recorded the rates of changes to population size and structure in two nut tree stands with different collection intensities, in order to determine the extent to which nut gathering would be worthy of concern with regard to the maintenance of the nut tree forests in the future.

The survival rates of adult and of young Brazil nut trees were very different between the two stands studied, demonstrating that, even within the same geographic region, behavior and response to nut gathering or to climate change can very be distinct.

Over 80 years to start producing in nature

Another finding from the work was the time that a seedling takes to grow and start bearing fruit in natural native forest conditions. The results from the modeling have shown that this time can vary a lot within the same stand and also between stands. In the assessed area, the start of production varied from 83 to 167 years. Changes to the Brazil nut stands occur slowly due to the trees' longevity: they live for 500 years or longer. According to researchers, young Brazil nut trees take decades - under good growth conditions - or even centuries - in closed forest environments with little light - to start their reproductive stage.

Another important factor is the availability of seeds to generate new Brazil nut trees. An adult plant has the potential to produce fruits for at least 150 years of its life. The fruits fall to the ground in the forest as soon as they ripen and need to be open by an external agent to release their seeds. Humans, agoutis and other animals disperse the seeds as they are capable of opening the large, hard fruits.

Lúcia Wadt explains that the agoutis bury some seeds for future consumption, but many of them are lost and germinate, giving birth to a new Brazil nut tree. “When humans collect a large proportion of the fallen fruits, there is lower availability to have the agoutis "plant" the trees, because if there is food scarcity, they prefer to eat them instead of stocking them. This can lead to a lack of Brazil nut trees to replace those that eventually die and thus there is a reduction in future production”, Wadt argues. Meanwhile, the researcher from the University of Florida, Karen Kainer, stresses that "it only takes one of these seedlings' reaching the canopy and becoming an adult to replace an old Brazil nut tree that dies.

In addition to several factors that negatively affect the likelihood of Brazil nut trees' survival, such as infestation by lianas, for instance, many other unknown ecological details also influence and control the germination of new plants and the survival of existing Brazil nut trees. Even after 14 years of studies, Wadt says that more time for analyses is necessary to evaluate the real effects of seed collection on the maintenance of Brazil nut tree stands in the long run.

The Brazil nut tree stands assessed in Acre are called Filipinas, located in the Chico Mendes Extractive Reserve, in Epitaciolândia; and Cachoeira, part of the Chico Mendes Agroextrative Settlement Project, in Xapuri. In the region, Brazil nuts have been collected for over 80 years. Between 2007 and 2010, an average rate of fruit collection was estimated at 39% at the Filipinas and 81% in Cachoeira.

The survival rates observed in the two tree stands assessed were quite different: 50 of the 530 Brazil nut trees (9%) monitored at Filipinas died in the course of 14 years, while only four of the 372 nut trees (1%) monitored at the Cachoeiras stand died in eight years. Both stands are expected to maintain their trees for many years into the future. Study results indicated that nut gathering in those two stands do not pose a threat to the abundance of Brazil nut trees for at least 100 years.

Even though the higher collection rate observed in Cachoeira (81%) can be an important factor responsible for the low recruitment of new Brazil nut trees, when compared with the Filipinas stand, there was no evidence that this is the cause of low seed germination rates. Since the Cachoeira stand has greater productivity, more fruits were left in the forest after the harvest for the agoutis to disperse. “This indicates that recommending restrictions to the collection of Brazil nuts would require further knowledge about the relationships between Brazil nut collection, agoutis and the recruitment of new Brazil nut trees”, Lucia Wadt points out. 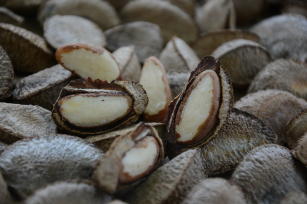 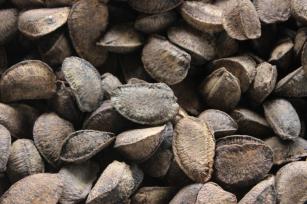